Top Animation News is a weekly column that rounds up the biggest, best and breaking stories from the animation industry. This edition covers January 24 to 31, 2020. END_OF_DOCUMENT_TOKEN_TO_BE_REPLACED

Make it rain: 5 facts about Makoto Shinkai’s Weathering With You 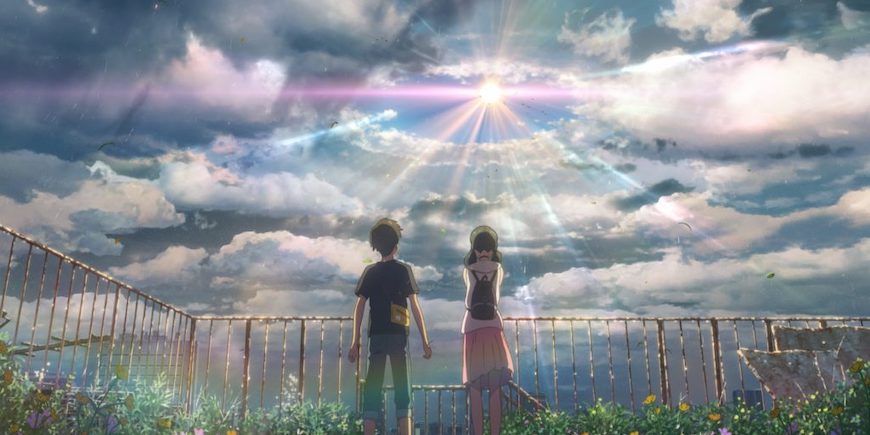 Everything you need to know about the highly anticipated follow-up to the 2016 blockbuster, Your Name.

Anime director Makoto Shinkai’s latest film Weathering With You has been in Japanese cinemas since July 19 and is forecast to be a smash hit not only domestically, but around the world as well. It’s on its way to $100 million in its homeland, earning the tenth biggest domestic box office haul ever there. It will receive its North American premiere on September 8 at the Toronto International Film Festival (TIFF) and will subsequently be distributed on the continent by GKIDS in early 2020.

Weathering With You is the spiritual successor to the 2016 body-swapping blockbuster Your Name, which became the highest-grossing anime and Japanese film ever until Studio Ghibli’s Spirited Away got a 2019 (re)release in China. Both of Shinkai’s features had their soundtracks scored by Nippon band Radwimps, and were planned and storyboarded in Toon Boom Storyboard Pro. Given the director’s previous work, it should come as no surprise that the animation and its magical-realism depiction of Tokyo is breathtaking.

Forbes critic Ollie Barder wrote, “Like with Shinkai’s other work, the animation for this new movie looks incredible and brings Tokyo to life in a uniquely palpable way.” As anime fans know, the director’s stunning backgrounds and buildings tend to be based on real-life places and structures, including one that plays a pivotal role in the film (more on that below).

Similar to Shinkai’s last feature, his latest follows a boy-meets-girl-meets-supernatural-forces situation. In Weathering With You, high school freshman Hodaka Morishima runs away from his small island town to an unusually gloomy Tokyo. He quickly runs out of funds, and finds himself lonely and living on the streets — until he meets Hina Amano, a girl around his age who has the power to stop the rain and clear the clouds.

Ready to get to the meteorology of the issue? While we can’t yet report the Weathering With You North American wide release date, we can shower down these five facts about the film — including whether it’s made more than Your Name at the Japanese box office, Makoto Shinkai’s creative process and his favourite storyboarding software.

Weathering With You: 5 facts you need to know

1. Weathering With You earned more than Your Name
… in its initial three days of domestic release. Shinkai’s latest feature brought home 1.64 billion yen ($15 million) over its first weekend in Japan, bringing in 1.15 million viewers. That’s a 28-percent increase over his last film in 2016 — it may have helped that the film opened in 21 percent more cinemas and on 49 percent more screens, plus it helps that its predecessor had so much hype.

Your Name grossed over $361 million worldwide, spent 12 non-consecutive weeks at the top of the Japanese box office and is getting a Hollywood live-action remake by Paramount and JJ Abrams’ Bad Robot production company, to be directed by The Amazing Spider-Man’s Marc Webb.

2. Criticism of Your Name influenced Shinkai’s creative process
While Your Name was a massive hit at the domestic and global box offices, and was adored by anime fans everywhere, the film had its critics. Makoto Shinkai says it got the point where he’d hear people criticizing it at bars, have them come up to him in the street or turn on the television with his family and see someone famous disparaging it, which was overwhelming and affected the production of Weathering With You.

Speaking to The Japan Times, he says, “I asked myself, ‘Should I make a film my critics will like or should I make one they’ll hate even more?’” Fortunately, he decided on the latter.

He says, “I felt like I needed to make a movie that would make my critics feel even more strongly about me. The hate surrounding Your Name actually helped me realize what I wanted to do as a creator.” Given the heavy topics it covers, Weathering With You is not afraid to address the winds of change — noting humanity’s impact on the climate and whether an individual’s needs can be more important than society’s (a particularly controversial and contentious notion in a collectivist-minded Japan).

3. Weathering With You was storyboarded in Storyboard Pro
Like Your Name, Weathering With You was storyboarded in Toon Boom Storyboard Pro. Having worked with the industry-standard software before, it was Shinkai’s first and only choice for his latest film — particularly given its drawing tools and the support he received from the Montreal-based company and their director of customer success, Marie-Ève Chartrand.

“What I like most about Storyboard Pro is that the drawing motion is very light. When drawing with Storyboard Pro, it feels better than drawing with other image editing software,” says Shinkai (read his full storyboarding interview, in Japanese, with here). He notes that compared to a paper pipeline, digital solutions offer efficient and creative benefits like customizable drawing tools, ease of editing, and playing back a story reel with audio to share with the production team.

4. Tooning Tokyo
Anybody who has been to Tokyo will see plenty of familiar sites and sights in Weathering With You. Location scouting for the film took around two months, with painstaking detail invested in capturing everything from the towers of Shinjuku to the Shinto shrines of the Japanese city’s east end to areas near Tokyo Bay that are below sea level, which plays a part in the plot.

According to The Japan Times, Shinkai believes the detail in the animation will connect viewers more deeply with the story. He says, “I want people to feel as if this is something taking place in our world right now. It’s not a piece of fiction that has nothing to do with you and I — it’s happening here and now.”

In contrast to the brilliantly bright, posh Tokyo streets depicted in Your Name, in Weathering With You they have become damp and depressed, weighed down by both a climatic and dramatic atmosphere. One of the most essential edifices in the film was the real-life, very weathered Yoyogi Kaikan — though the actual building itself doesn’t have a Shinto shrine on its roof.

5. This is Japan’s first animated Oscar contender in over 20 years
American distribution company GKIDS has given Weathering With You an awards-qualifying run in 2019, and the film has been selected as Japan’s contender in the Best International Feature Film category at the next Academy Awards on February 9, 2020. This is the first time the country has selected an anime entry since Hayao Miyazaki and Studio Ghibli’s Princess Mononoke in 1998. (Note: until last year, the Oscar was known as the Best Foreign Language Film.)