One the perks of being an animator or story artist is it is possible to work from almost anywhere. Prior to the current situation, many major animated features and series were co-produced with teams working remotely around the world — making the recent adjustment relatively smooth. With broadcasters and streaming platforms unable to create live-action content indefinitely, the demand for original animation is poised to continue growing.  END_OF_DOCUMENT_TOKEN_TO_BE_REPLACED

Ali Kellner and David Elmaleh on winning Pitch This! at The Animation Conference 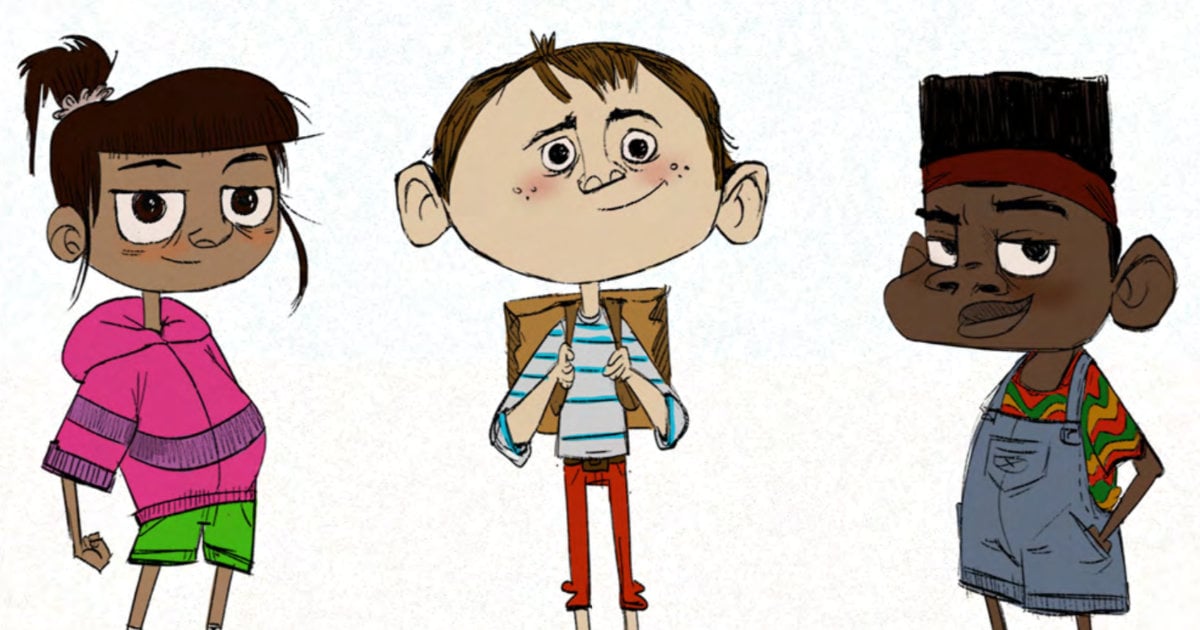 Each year, ten proposals for a children’s animated series are selected for the Pitch This! competition at The Animation Conference. The creators behind the selected pitches each get paired up with mentors in the animation industry before presenting their show to TAC’s audience of producers and network executives. The winning concept is awarded with a prize package, which includes licenses and training for Harmony and Storyboard Pro. This year the winning pitch was Melrose Middle School, developed by Ali Kellner and David Elmaleh.

Ali Kellner is an animator and story artist who has worked with PBS, Portfolio Entertainment and Six Point Harness. Her thesis film, Nana, was showcased at over 30 festivals around the world, including the Raindance Film Festival and TIFF’s Canada's Top Ten screening series. Ali began working on the character designs for Melrose Middle School while at Sheridan College, and brought on comedy writer David Elmaleh as a collaborator.

We interviewed Ali and David on their experience developing a children’s animated series, winning the top prize at Pitch This!, and what the next steps will be for their show.

Ali Kellner and David Elmaleh on the Toon Boom Boat Cruise at TAC. See more photos from the Boat Cruise on Instagram.

What led you to bring Melrose Middle School to Pitch This! at The Animation Conference?

Ali: I had this idea for a show since 2017. In 2018, I brought on the hilarious David Elmaleh to help me write it and as we were developing it, we realized we had something really special. I had already gotten a lot of positive feedback from other pitch sessions for this show, I thought the Pitch This! event would be the ultimate opportunity to get as many eyes as possible on Melrose Middle School, and I am so happy with positive reception it received when it won.

David: Ali Kellner led me to Pitch This! at The Animation Conference, both in that she made me aware that the competition existed in the first place, and in that she literally drove me there. Thanks Ali!

How did it feel when you found out that Melrose Middle School was selected to be this year’s winning pitch?

Ali: I was overwhelmed. The entire time, I was thinking: there’s no way we are winning this, there’s no way they’re picking ours! There were so many amazing pitches on the slate and I still can’t believe ours was picked to win!

David: The entire experience—from the semi-finals, up until the point we learned that we actually won the whole thing—was an emotional rollercoaster, so I was completely relieved to hear the good news. But while the judges’ vote of confidence certainly provided a major boost for us, we know that this is just the first step of many before achieving our goal of getting the show made. The real work starts now.

Which mentors were you paired with while developing your pitch? What did that process look like?

Ali: We had an amazing mentor at Nelvana, his name is Brandon Lane. I met Brandon a while back at the Banff World Media festival and I had, funnily enough, previously pitched him Melrose. Brandon is such an incredible voice for creatives and artists in the industry. He is behind so many amazing shows being produced and he has so much amazing insight into the industry and writing for children’s television. We met with him a few times in person before Ottawa and each time he had such useful and really great feedback for how to make the show better. Melrose Middle School wouldn’t be much right now if it weren’t for Brandon.

David: Yeah, we really wouldn’t be in this position without Brandon and are grateful for his continued guidance and support. In terms of the process itself, it was fairly iterative: we sent our work to Brandon, which he would provide in-person feedback on, which we would integrate into our pitch, which we would send back to Brandon, which he would provide feedback on, which we would integrate, which—you get the idea. He also guided us on best practices for our pitch, since neither Ali or myself had ever pitched in front of an audience before.

What was your process for developing the characters in Melrose Middle School? Did they change as you refined your pitch?

Ali: I came up with the character designs in my 3rd year at Sheridan College. I wanted to make a short film with them but when that didn’t work out, I turned them into characters in a show. The designs haven’t changed since and the characters haven’t changed either. I feel like the characters are so integral to the show that it doesn’t matter how we pitch the show, so long as these characters stay true to who they are and their relationships with each other.

David: The characters definitely continued to evolve as we refined the pitch, especially after Brandon shared character development resources with us that really pushed us to think about every seemingly minute detail about our ensemble. You might not think it helps to know that your secondary character enjoys eating vegetable lasagna with mayonnaise, but that truly changed everything for us.

A little birdie told us that Ali Kellner just won the @OIAF_Animation PITCH THIS! competition 👏👏👏 Ali is one of the creative minds behind our #TaafixIndustry poster and trailer! Congrats Ali! 😃

What was the most valuable piece of feedback you received from the judges, mentors or audience at Pitch This?

Ali: Oh 100% when, while we were pitching in the finals on stage, Linda Simensky of PBS Kids asked us, “Why are the three main characters best friends?” I froze, I had no answer! And when David and I got back together to revise after winning, we attacked that question and fleshed it out.

David: After our pitch in the finals, an audience member told me to sound more sure of myself while speaking onstage, which was a really great note. If you don’t sound confident, you will lose your audience, fast!

Ali: I love attending all the screenings at TAC and I saw a few good ones. The best one by far was the screening of I Lost My Body. I haven’t seen a film that good in a while. Also meeting the head of development of Cartoon Network was such a great experience. I really enjoyed our conversation. Also I met Rebecca Sugar and that was pretty cool because she’s legendary.

David: Not a panel or a screening, but I personally found a ton of value participating in the Fast Track sessions. Ali and I booked our schedule solid with back-to-back pitches; not only did this help us develop new relationships, but it really accelerated our familiarity with our pitch. By the time we reached the finals, pitching in front of everyone felt like second nature.

What are your next steps for Melrose Middle School?

Ali: Hopefully a decision-maker somewhere believes in us and believes in what we’re pitching. We are pitching it around to anyone who will listen to it.

David: Yeah, we really want to keep the momentum going and secure funding from the right production partner to further flesh out the world of Melrose and ultimately bring the series to pilot.

What other projects have you both been working on?

Ali: David and I have a lot of stuff we want to get off the table. I have another show idea about a girl in high school I am developing with David, and he has some great live action comedies he wants to put together. Nothing official yet, but stay tuned!

David: Lots of exciting ideas in the pipeline, for sure. And winning the pitch competition really gave us a nice extra push to keep going. Thanks again, Ottawa!