Top Animation News is a weekly column that rounds up the biggest, best and breaking stories from the animation industry. This edition covers January 17 to 24, 2020. END_OF_DOCUMENT_TOKEN_TO_BE_REPLACED

Chaz Bottoms on Battu: How to successfully crowdfund animation 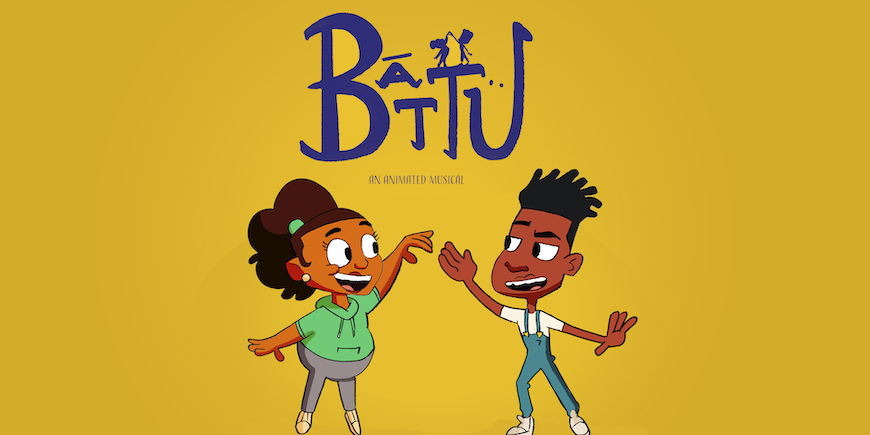 Freelance animator Chaz Bottoms only graduated from DePaul University’s animation program in 2017, but he’s already made a name for himself in the industry. From having his award-winning senior thesis project, All Kids Goes to Hell, screened at the Cannes Film Festival to his crowdfunded hip-hop project The Indies: An Animated Short airing on Sean Combs’ Revolt TV to his recent work on rapper Lil Nas X’s “Panini” music video, his career has been equal parts entrepreneurial and enviable. Now he’s back on Kickstarter with his next hit, Battu: An Animated Musical.

African-American representation and hip-hop culture have been recurring themes in Bottoms’ projects, from The Indies’ beats-laden dystopia to his work with Lil Nas X. Based on a dance style known as hiplet, Battu is a continuation of this tune.

Hiplet is a combination of hip-hop and ballet dancing, and was originated in Chicago by choreographer and dancer Homer Hans Bryant. Having lived in the Windy City for over four years, Bottoms was acquainted with the style — and it was in step with an idea he had. Namely, he wanted to do an animated hip-hop musical film inspired by the classic 2D features of the 90s and early 2000s.

Bottoms tells us, “Nostalgia is as big as ever. A lot of what made the 90s special was 2D animated movies, so hopefully for the 2020s we can start to right the ship and get more hand-drawn features out there for the next decade.”

The story behind Battu: An Animated Musical

Battu’s story follows a pair of friends in Chicago, Otis and Jada, auditioning for a prestigious hiplet summer touring troupe. It will launch as a 15-minute short planned in Toon Boom Storyboard Pro and is being animated with Toon Boom Harmony. Bottoms has gotten encouragement and mentorship from his friend Matthew A. Cherry, the creator behind Hair Love, which began as a record-breaking Kickstarter and tells the story of an African-American dad trying to style his daughter’s hair on his own. 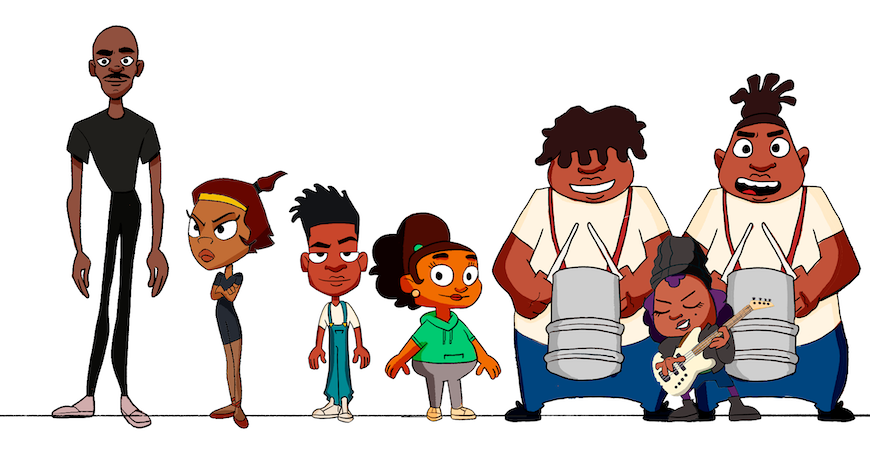 “I know 15 minutes is ambitious, but it’s what I envisioned for the project. We want you to get to know the characters, enjoy the music and have the time to tell a really compelling story,” says Bottoms.

He continues, “Having people in my corner like Matthew Cherry and Toon Boom have helped me get to this place where I can do something like Battu.”

Inspired by Hair Love’s massive success, which went on to screen ahead of Sony’s Angry Birds 2 in cinemas, Bottoms hopes to leverage Kickstarter as a platform to drive awareness, attention and audiences to Battu. Cherry also advised him to push the project on social media, and that even if people didn’t donate to get them to share it. Clearly it’s working; he set his crowdfunding campaign’s goal at $7,500, which was quickly surpassed.

“Kickstarter helps people put their money where their mouth is and support under-represented voices and unique projects in animation. Showing that people want [Battu] gives a studio exec more reason to want to carry a project into a bigger space,” Bottoms explains. 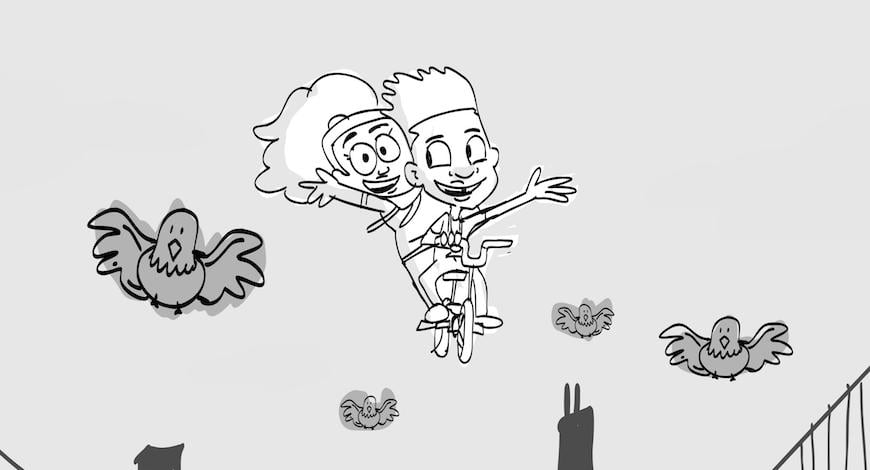 Pre-production and storyboarding for Battu: An Animated Musical began in October 2018 and are complete, with the dialogue and sound also recorded in summer 2019. Though Bottoms had sharpened his musical pacing and skillset with The Indies, the advice and assistance he got from composer Brandon Liew was invaluable — from helping to finesse song lyrics to getting the toon’s tunes just right for the film’s soundtrack.

When it came time to put the music in motion, hiplet’s originator Homer Hans Bryant choreographed original dances for Battu’s animators to use as models. He will also be one of the film’s stars, playing the dance teacher. This was his sole request when Bottoms connected with him about the project, which he immediately loved.

Bottoms tells us he reached out to Bryant after finishing the story’s structure: “I wanted [Bryant’s] blessing before we moved forward with the project because he literally originated the dance form. The short wouldn’t have been able to be made without his input and helping out with the choreography — we really wanted this to be hiplet but animated.” 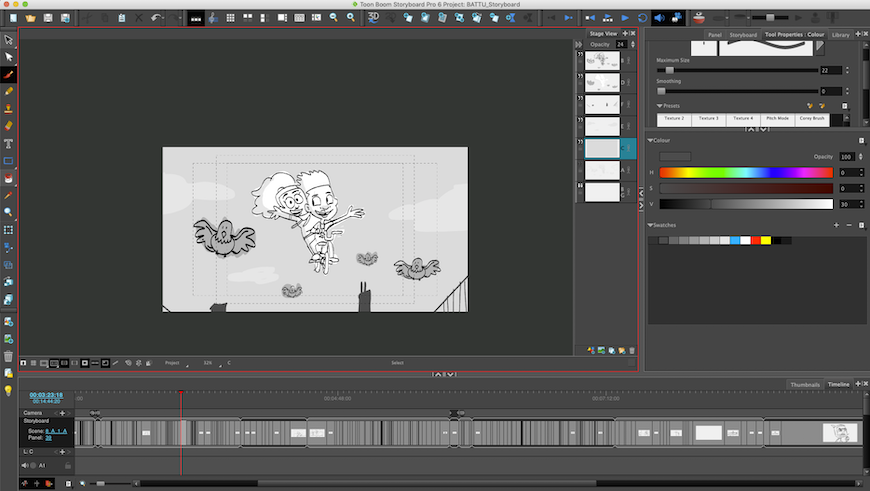 He and layout artist Joshua Roberts would go in and break down the choreography, picking the poses and then sketching characters in those positions. From there, it became a matter of getting all of the layout drawings for the dance sequences set, timing and filling in the in-betweens. Bottoms is currently putting together a team of eight remote animators (including himself), spread across the United States and South Africa as well as two background artists.

Looking ahead, Bottoms is aiming to finish animating in Harmony by the end of December and have final sound mixing done by January 2020. His hope for Battu is that the short serves as a prequel to a full-length feature — inspired by the resurgence in 2D animated films’ like Netflix’s Klaus. Additionally, the success of Hair Love as well as Spider-Man: Into the Spider-Verse, Domee Shi’s Bao and Pixar’s Coco, as well as its upcoming African-American-led feature Soul, is proof there is a hunger for diversity amongst audiences.

“I view Battu as a standalone short, but I also hope people want to see more. I think having a hip-hop animated musical feature sounds so exciting to me as an artist and movie fan. I think that’s something we’ve never seen before in animation, especially with African-American characters,” Bottoms tells us.

He continues, “[Hair Love’s success] makes me believe a project like Battu has a place in the animation industry. We need to keep this positive momentum going. I feel like we’ve barely scratched the surface of what animation is capable of — especially when you encourage people from all walks of life to tell their stories and are important to them.”

If you would like to support Chaz Bottoms and ‘Battu: An Animated Musical’, please visit his Kickstarter page.