Top Animation News is a weekly column that rounds up the biggest, best and breaking stories from the animation industry. This edition covers January 17 to 24, 2020. END_OF_DOCUMENT_TOKEN_TO_BE_REPLACED

Made in China: Why everybody is watching this Asian animation industry 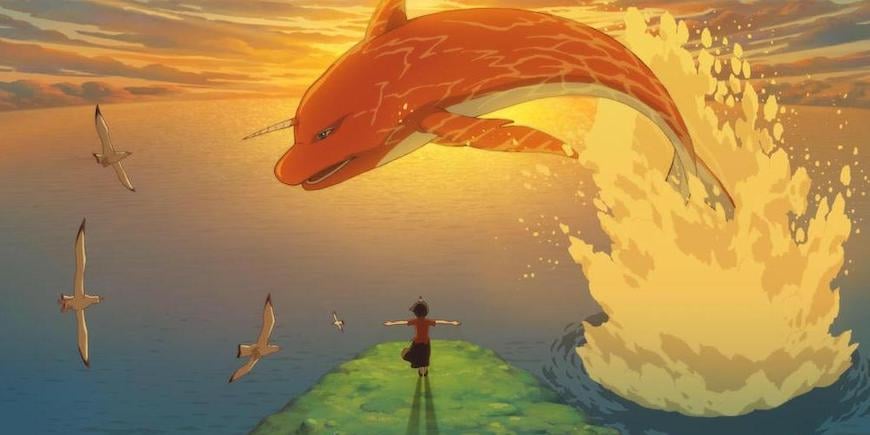 China is cementing itself as a frontier and focal point of the entertainment industry; the largest nation by population is projected to overtake the United States as the world’s biggest box office in 2020, bringing in an estimated $12.28 billion. The country is also attracting the attention of Western animation studios, both as a target audience and as a service work destination, and is increasingly producing its own homegrown hits.

The “Global and China Animation Industry Report, 2019-2025” report notes that China’s animation is projected to hit RMB200 billion (approx. $29 billion) in 2019 and is expected to reach RMB375 billion (approx. $54.3 billion) by 2025. With over 800 million total internet users and 300 million online video subscribers on platforms like iQiyi, Youku and Tencent, its market stands to benefit from the demand for original animated content fuelled by streamers. With advancements in 5G, mobile and virtual technology, this will continue to grow.

So why is it only now that China is establishing itself on the animation map?

History of animation in China

The answer requires going back to the early 20th Century. The first animated film to reach Chinese audiences was screened in 1918 and in the subsequent decade, a quartet of producers known as the Wan Brothers would pioneer techniques and launch the Great Wall Film Company.

The Wan Brothers created China’s first animated film with sound, The Camel’s Dance, and would continue to innovate the medium — progressing towards longer-format productions until WWII. Around this time, there was an East-West cultural exchange, with global films like Snow White and the Seven Dwarves being screened in Shanghai and influencing local creators.

Chinese animation flourished during the post-war recovery, with the Wan Brothers creating Why is the Crow Black-Coated (their first feature-length colour toon) and Havoc in Heaven, a musical masterpiece inspired by the classic story of Journey to the West. However, the Cultural Revolution from the late 1960s until the end of the 1970s essentially put the industry on pause.

Will 2020 be the decade of Chinese animation?

While the Chinese animation industry would not have been considered a power player at the turn of the millennium, in 20 years it has established itself as both a creator and consumer of high-quality content. The proof is in the productions: films like 2016’s Big Fish & Begonia have been compared to the anime of Studio Ghibli and it was subsequently distributed across the West. It also became the single most successful Chinese crowdfunding project to-date, raising $260,000 — and grossing nearly $85 million at the Sino box office.

The company behind Big Fish & Begonia, Enlight Media, is laser-focused on becoming a global force in the industry and plans to produce 22 animated films through a new subsidiary called Coloroom Pictures. And it has competition: Sino corporation CMC Capital Partners also bought DreamWorks Oriental last year and transformed it into the 100-percent Chinese-owned Pearl Studio. While national productions have traditionally not seen much success at home or abroad, that is rapidly changing.

“There are big opportunities right now for domestic studios who want to create content, both domestically and internationally,” says Vivan Han, a producer at Chinese animation studio Feitong Cartoon.

In July 2019, Enlight’s latest CG-animated film Nezha landed the biggest-ever opening weekend for an animated film in China — grossing $91.5 million. It also took second place at the global box office, beat out only by Disney’s The Lion King reboot. Similarly, 3D films Monkey King: Hero is Back and White Snake have had financial success at Sino cinemas, with the latter becoming GKIDS first Chinese acquisition and to receive North American distribution. 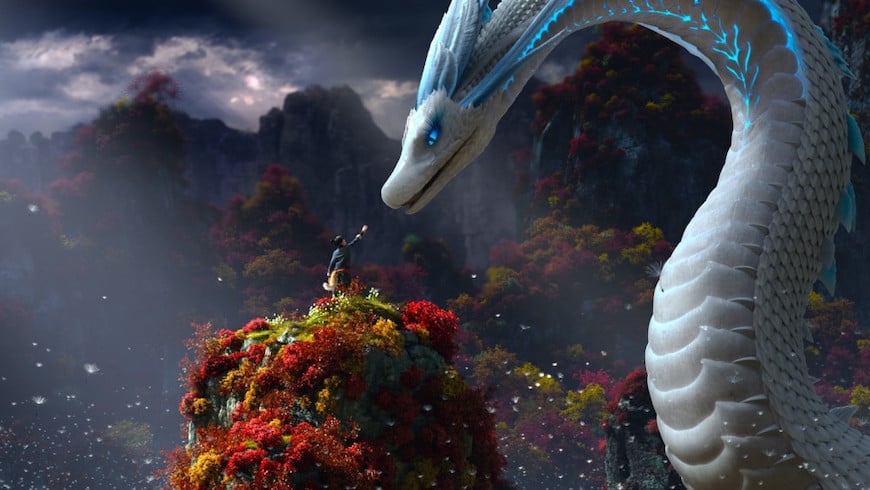 Plus there are plenty of international co-productions in the pipeline, from The Monkey Prince (a collaboration between Beijing-based Bona Film Group and Japan's Toei Animation) to Wish Dragon, which is being created through a partnership between Sony Pictures Animation, China’s Base Animation and Jackie Chan’s Sparkle Roll Media. With so much looking up, what’s keeping the country’s industry down?

Beyond co-productions and original IPs, China is also continuing to establish itself as a hub for service work. As of 2017, Asia produced around 90 percent of American television animation — though the Chinese industry has not traditionally been a key player in the market. The reasons why range from the cultural to the governmental.

“China’s animation market is completely different from other countries, not only in the culture, but also in the strategy and government policy. It’s hard to explain why it’s like that because there are so many internal factors,” says Han. 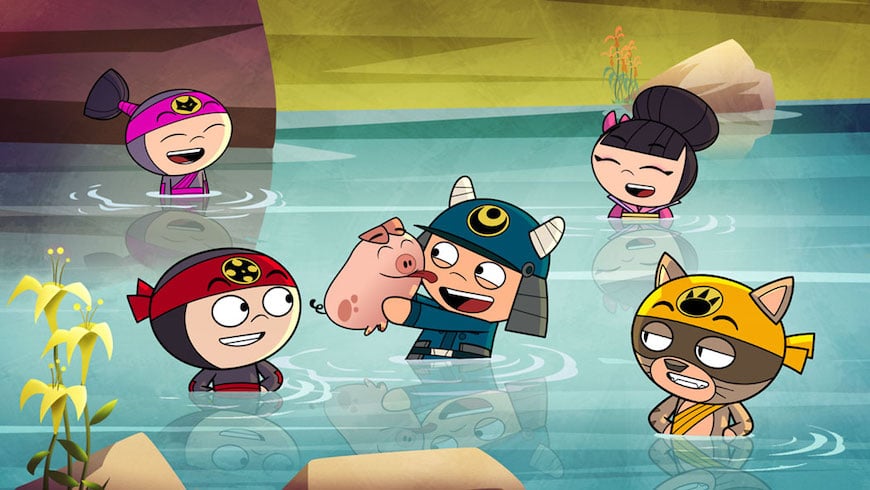 With a total of approximately 100 artists, her studio has done service work for a number of Western producers including Gaumont Animation’s Pok & Mok, Chop Chop Ninja for Sardine Productions and My Little Pony for DHX Media, as well as an upcoming series for France’s Cyber Group Studios. Her team does both 3D and 2D animation, and fully made the switch Flash to Toon Boom Harmony recently.

She continues, “The world is shifting and with streamers like Netflix and Disney+, distribution is changing and there is greater demand than ever for content. Western studios cannot keep up with the demand for work and it is improving our opportunities to work with foreign studios.”

According to Mars Dai of Animated-China.org, China’s GDP per capita now exceeds $10,000 and for more than 150 million, is above $20,000. Additionally, over 230 million people there are aged 0 to 14 — presenting a huge opportunity for cartoon creators.

On the flip side, Chinese audiences and authorities tend to view animation as something for younger viewers, which comes with its own baggage. Notably, when China was the tribute country at the 2017 Annecy International Animated Film Festival, its government pressured the event’s organizers into pulling Have a Nice Day — a critically acclaimed, violent film aimed at adults that raised red flags for its unflinching critique of modern life in the country.

Additional challenges the country’s animation industry faces are related to a growing demand for professional education and training. This often becomes the responsibility of the studios themselves, which can decrease quality and increase costs.

“Although animation education in China has improved, when it comes to character effects or other technical skills, they don’t teach any of it in universities — you can only learn it on the job in a company environment,” said Yuan Ye, cofounder of Lightchaser Animation Studios (the creators of White Snake), as quoted by Variety.

He continues, “We’ve made our company like an extension of college. For an animation company hoping to put out a consistent pipeline of films, this sort of in-house talent pool is a necessity.”

There is also a groundswell of organizations emerging to support the industry. Dai’s platform, Animated-China.org, is, “collecting and collating the information of hundreds of animation-related enterprises and individuals in China. Through websites and publications, we will transmit this information to those interested in Chinese companies globally at major animation festivals and exhibitions, and facilitate more cooperation across creativity, production, financing, distribution, merchandising and more.” 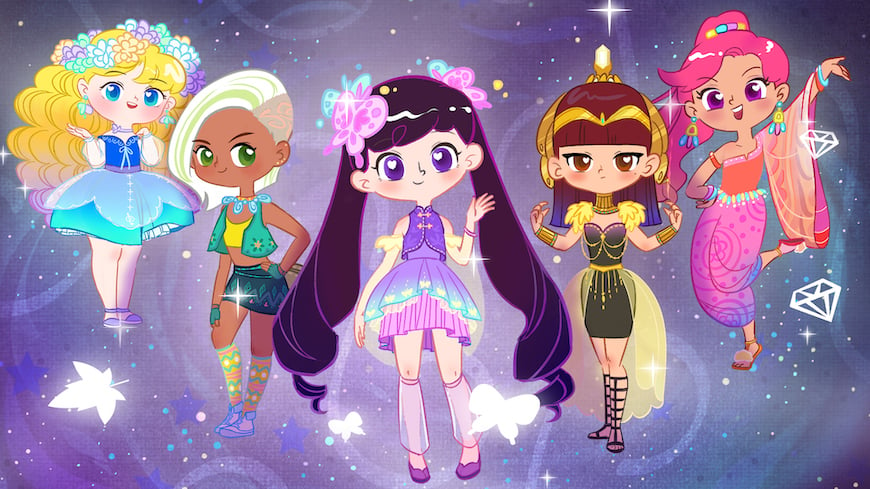 His is not the only entity that recognizes the huge potential in Chinese animation, with great interest and investment coming from outside its borders; Canada’s Corus Entertainment, Nelvana and Toon Boom Animation partnered with local toon distributor and brand managers WeKids on a joint talent initiative, China Tales Incubator.

While new productions like Dreamweavers offer an optimistic view of the future, it will likely be some time until China truly rivals the United States and Japan in terms of output. That said, if the latter half of the 20th Century proves anything, things tend to move quickly in the country. It may not be long until ‘Made in China’ becomes the new industry standard of quality.