One the perks of being an animator or story artist is it is possible to work from almost anywhere. Prior to the current situation, many major animated features and series were co-produced with teams working remotely around the world — making the recent adjustment relatively smooth. With broadcasters and streaming platforms unable to create live-action content indefinitely, the demand for original animation is poised to continue growing.  END_OF_DOCUMENT_TOKEN_TO_BE_REPLACED

Inside Fost Studio a year after launching the French animation company

It’s no simple task launching an animation studio — there’s finding the right projects, recruiting the best artists and then supporting them with the top tools. This process is made only more complicated in competitive markets like France, where the world’s third-largest toon industry is booming and talent is quickly and frequently booked up. Fost Studio cofounder and managing director Thibaut Ruby has seen all this and more in the year since his Paris-based company launched.

Fost Studio was born of Folivari, one of Europe’s leading animation production houses, best known for projects like Ernest & Celestine and The Big Bad Fox & Other Tales. Both companies were cofounded by celebrated French producer Didier Brunner, who had worked with Ruby before bringing him into the professional family.

The inspiration for Fost came when Folivari was commissioned to do The Big Bad Fox & Other Tales as a standalone 2D TV special. The project was then expanded into three specials and ultimately a feature film. Folivari did all the animation and backgrounds in-house, which planted the seed of creating its own studio.

“We wanted to keep the great talent we had been working with, and the processes and workflows we had built. There was so much we were happy about and wanted to hold on to,” explains Ruby.

Because Folivari is a production company, Brunner and Ruby wanted to let it maintain the flexibility and freedom of choice to create projects in 2D or 3D, or work with creatives in France or abroad. Its leadership subsequently decided to launch Fost as a completely separate, independent entity. The studio specializes in 2D animation and counts Folivari as its largest client, though it already has big names like Cartoon Saloon on its roster too.

Though launching Fost was an entirely new venture, its team did have an advantage being associated with Folivari. Namely, it took over office space from its mother company and had a major client from day one. That said, recruiting the right talent was not easy.

“Animation is booming around the world so recruiting is one of the toughest parts of the job. We really tried to have the key people hired as early as we could,” says Ruby.

He continues, “Especially since there is so much work right now, you cannot bet on having everyone at once. Some people who you want to have as animators will be busy directing something for someone else.” 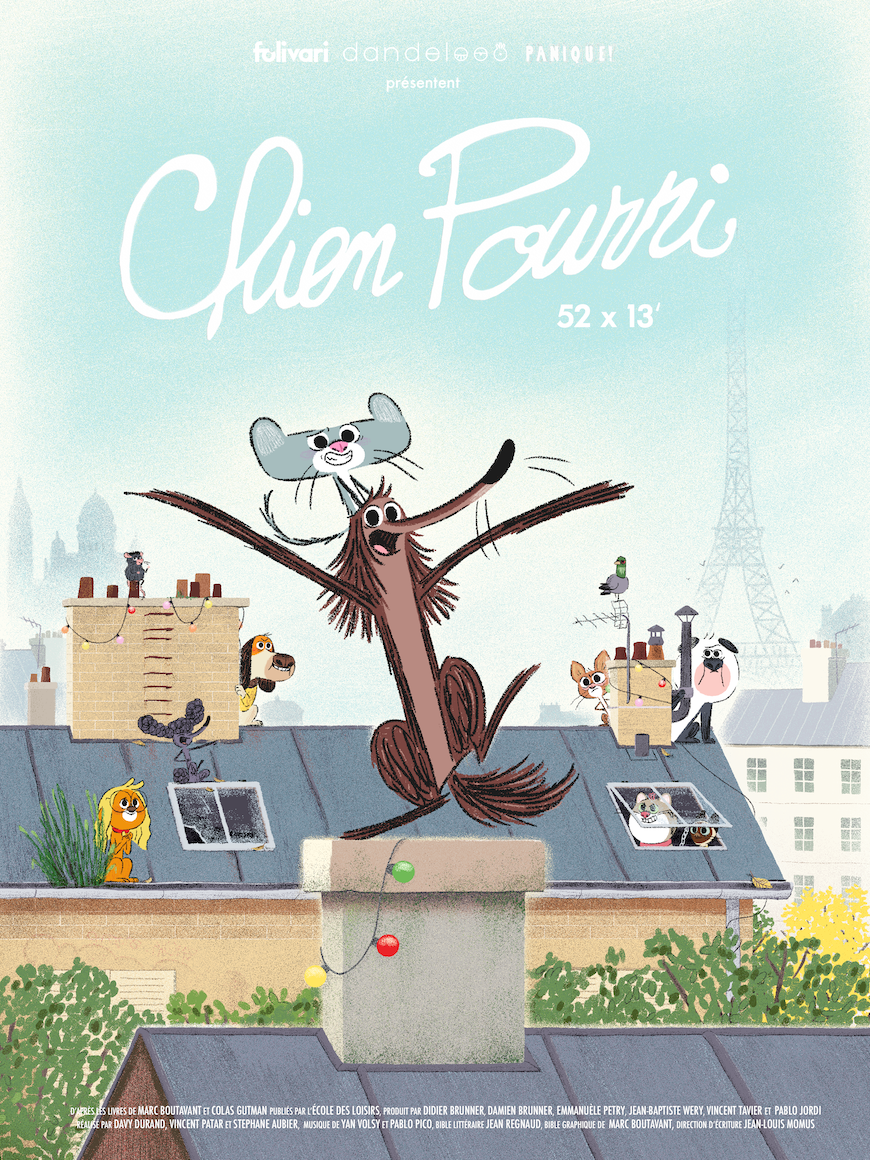 Fortunately, Fost has secured 70 animation professionals on staff — ready to tackle everything across pre-production, backgrounds, posing, animation, compositing, post-production, ink and paint, and more. Its team has worked on pre-production on Sam Sam (a CG feature film) as well as rough and key animation for Cartoon Saloon’s Wolfwalkers movie, which has already been picked up by Apple’s streaming service. Fost is also doing all the pre-production and most of the production for Stinky Dog, a French animated children’s cartoon based on the eponymous book series by Marc Boutavant and Colas Gutman, and it’s using Toon Boom Storyboard Pro and Toon Boom Harmony to do it.

Harmony is new territory for Fost’s animators, many of whom are used to other software. However, with speedy, minimal training and a server upgrade, the results they have achieved for Stinky Dog have been nothing short of ‘scent-sational’.

“We can do pretty much everything we want to do in Harmony for Stinky Dog. We are not using vector-based animation, which was the main image we got from Toon Boom. We can animate the way we want to, in the way we may have traditionally done in another software,” says Ruby. 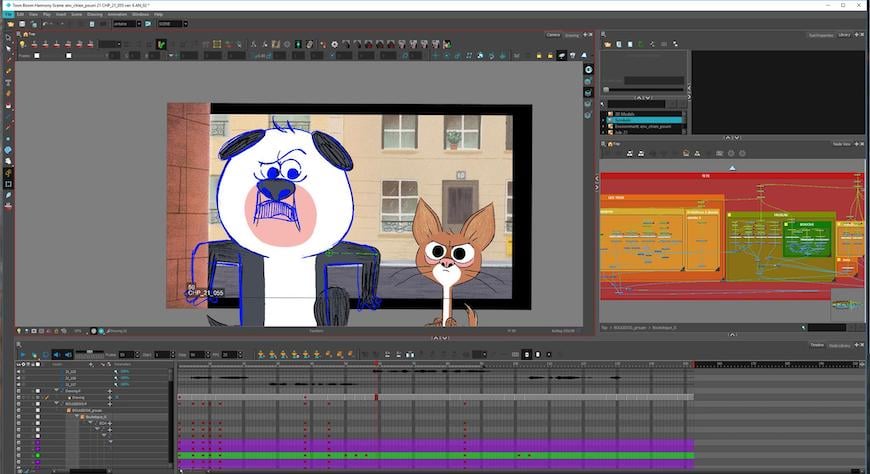 For Stinky Dog, Fost’s artists are using Harmony to recreate Marc Boutavant’s illustrations and linework from the books. By using raster brushes instead of vector, the animators are able to get a more natural feeling while drawing and ultimately a more raw aesthetic. They were so impressed with Harmony’s capabilities that they are now using the animation software on Summit of the Gods — a feature film directed by Patrick Imbert (April and the Extraordinary World, The Big Bad Fox & Other Tales).

According to Fost’s first assistant director on Stinky Dog, Thibault Chollet, the features his team most benefited from are puppet creation, the brush tools and the node view as well as working on a network server and rendering by batch. The program also works seamlessly with Storyboard Pro, easily integrating camera angles, animatics and sounds.

Ruby tells us, “For TV series, I don’t see why we would use any other software than Harmony. On feature films like Summit of the Gods, it also shows great promise and we are doing many things we did not think we could do in Harmony before.”

Combining its animator’s talent with Toon Boom’s leading tools has helped ensure Fost’s success. As it moves forward, it’s looking increasingly at what projects it will take on next as it goes into its second year of business.

With some experience under his belt, Ruby’s advice for those thinking about launching an animation studio is, “Pick the right projects and the right people to do them. It may sound like simple advice, but it’s still very, very true. Making animation is expensive and takes a long time, so you really need to be sure your projects are worth spending time on. You can have the best software, but if you don’t have the right people nothing is going to happen.”

He continues: “That’s part of the point of creating a studio — keeping the people you love to work with. Also, it lets you train them from the beginning and create a team where talent progresses and improves. Success comes from finding the right projects and people as opposed to just setting something up and seeing what comes. Taking time is the best advice I have.”

Want to try something new in animation? Find free tutorials on the Toon Boom Learn Portal!