Top Animation News is a weekly column that rounds up the biggest, best and breaking stories from the animation industry. This edition covers January 17 to 24, 2020. END_OF_DOCUMENT_TOKEN_TO_BE_REPLACED

From Adidas to ASOS, why global brands seek out anime advertising

Among global audiences, anime has evolved from niche to normalized, counting celebrities from Michael B. Jordan to Ariana Grande among its fans. Just this week, The Association of Japanese Animations (AJA) announced the Nippon industry saw a record-breaking $19.1 billion (￥2.15 trillion) in revenue in 2017, fuelled by overseas sales to streaming platforms like Netflix, Amazon and Hulu, alongside Chinese entertainment giants. Sales from outside Japan hit a new high of $8.81 billion (￥995 billion) last year, up 30 percent over 2016 — proof that anime not only travels and translates well, but is resonant with a variety of viewers.

Savvy marketers are increasingly leveraging that insight through anime advertisements. In a crowded, competitive digital world, animated commercials disruptively inspire delight, are visually and emotionally engaging, and are fully customizable content that puts storytelling and branding at the forefront. Anime ads also offer limitless possibilities in ways live-action can not.

Tokyo-based 2D animation studio D’ART Shtajio recently completed three anime advertisements for apparel and sports brands Adidas, Snipes and ASOS. Between a third and half of the production company’s work is marketing projects now and it joins other top Japanese talent who have worked on incredible animated commercials, including Your Name visionary Makoto Shinkai and former Studio Ghibli animator Yoshiharu Sato (Kiki’s Delivery Service, My Neighbor Totoro). Both the Adidas and Snipes ads were produced in Toon Boom Harmony, while the ASOS piece was animated traditionally on paper.

“In most ways, working digitally is actually superior to working traditionally. When it comes to in-betweens, I really do think Harmony is better than the competition,” says D’ART Shtajio director Henry Thurlow.

Notably, it is virtually impossible to tell the difference between the traditionally animated ASOS ad from the Adidas and Snipes anime produced in Harmony. This is likely because D’ART Shtajio worked with Toon Boom to create a pipeline that emulates and empowers the Japanese pencil-and-paper process with digital tools. Among its other projects produced in the industry-standard software have been short film The Doll and series XOGenaSYS, based off a Noir Caesar manga.

D'ART Shtajio’s goal is to make anime more accessible to Western markets. Using Toon Boom software allows it to deliver work with the efficiency and proficiency customers need, while offering the creatively driven results they want — all via an industry-leading production pipeline they can trust. Being American owned, D’ART Shtajio also innately understands the needs of Western clients, can communicate easily with them and help them use anime to benefit their brand, offering a streamlined service from first meeting to final product.

“Whenever we use the Toon Boom suite it does help keep costs down. With Harmony, you can colour and clean up your own work, making production simpler because you can do more with less people,” says Arthell Isom, founder of D’ART Shtajio.

The 30-second Adidas piece was in support of a collaboration between the sportswear giant and German skateboard and tennis apparel brand Hélas. It featured celebrity skaters from the country who had to look authentic in their appearance and movements, while surrealistically fighting aliens. German streetwear shop Snipes did a collaboration with star esports team Mousesports, with the anime advertisement following many of its actual gamers from their troubled childhoods to triumphant championships.

The ASOS commercial was featured on Instagram and highlighted the British fast fashion brand’s partnership with online model @uglyworldwide (real name: Jazzelle Zanaughtti). Most of the advertisement was actually live-action, following the influencer as she transitioned through scenes and styles, but the animated segment produced by D’ART Shtajio attracted a disproportionately high amount of positive social media engagement.

All of the anime advertisements have received over 3 million views to date, and that figure is climbing. Notably, they also showcased the medium’s ability to create visuals and tell stories live-action could not for the same budget. For instance, the Adidas advertisement included explosive subway fight scenes, cyborg bad guys and ocular laser beams.

“With animation, the characters can be customized exactly as the advertisers want, whether it be design or clothing or more. That’s really the power of animation: we can be anywhere, anytime, any place and do very elaborate things,” says David Pinter, chief marketing officer at D’ART Shtajio. 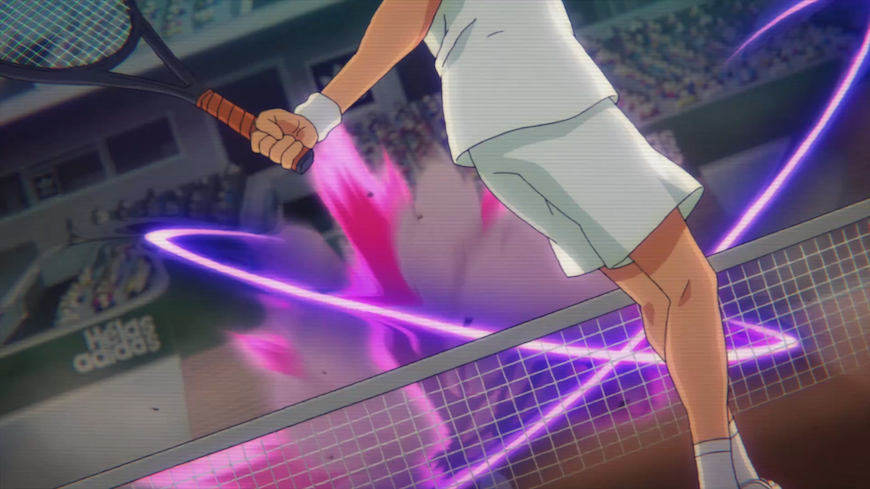 Whether it’s a shirt, skateboard or sneakers, anime advertisements can showcase branding and logos in a way that feels authentic and even artistic — popping, perfectly in-frame, without having to do an insert or cutting to a shot.

“With animation, you can put your brand anywhere and everywhere. In the Snipes ad, we put the logo on a character’s shoebox in their room. The client didn’t even ask for that but loved it when they noticed,” says Isom.

While the clients were thrilled with the final products, there is often a misconception at the beginning of the project about timing and costs. This is because most advertisers do not understand that a commercial usually takes the same amount of work as a short film across character design, story development and preproduction. This requires a healthy budget and amount of time to complete, even if the animation portion itself is not very long — requiring studios to educate clients on the production process during the first meeting while continually managing expectations.

“One of the most powerful features we used is onion skinning. Also, it was invaluable to be able to press play and actually see the animation move during the rough stage,” says Isom.

He continues, “When we teach our older animators how to work in Harmony, they love that right away. Traditionally, you either have to wait until the compositors scan in all your drawings or you’re flipping through the pages. With digital, you can see right away if it’s going to work.”

For Thurlow, the extensive list of Harmony benefits he enjoys include undoing mistakes, seeing instant pencil tests of drawings, adjusting time-sheets to examine how they affect the overall animation, backing up work and the simplicity of sending files instead of stacks of paper — all of which are impossible using traditional Japanese pencil-and-paper techniques. In the fast-paced business of animated advertising, this is invaluable.

Increasingly, more Nippon studios are beginning to recognize the rewards of digital and are making the transition to paperless too. And the change is happening quickly.

As Isom notes, “Even last year, most of the process was still traditional — stacks of paper and everything. Now, more people are aware we are a digital studio and more Japanese studios are starting to make the shift. Before, we’d need to print it out and send the paper; we’re hoping in another year, we’ll just be able to send them the Harmony file.”