For the launch of Toon Boom Harmony 20, we hired seven artists and teams around the world to participate in a demo video highlighting the features and capabilities of our new animation software. These artists were drawn from both the Toon Boom Ambassador Program and our international community of artists, who were given total creative freedom to construct their scenes. END_OF_DOCUMENT_TOKEN_TO_BE_REPLACED

Sergio Pablos on the creative process behind Netflix’s Klaus 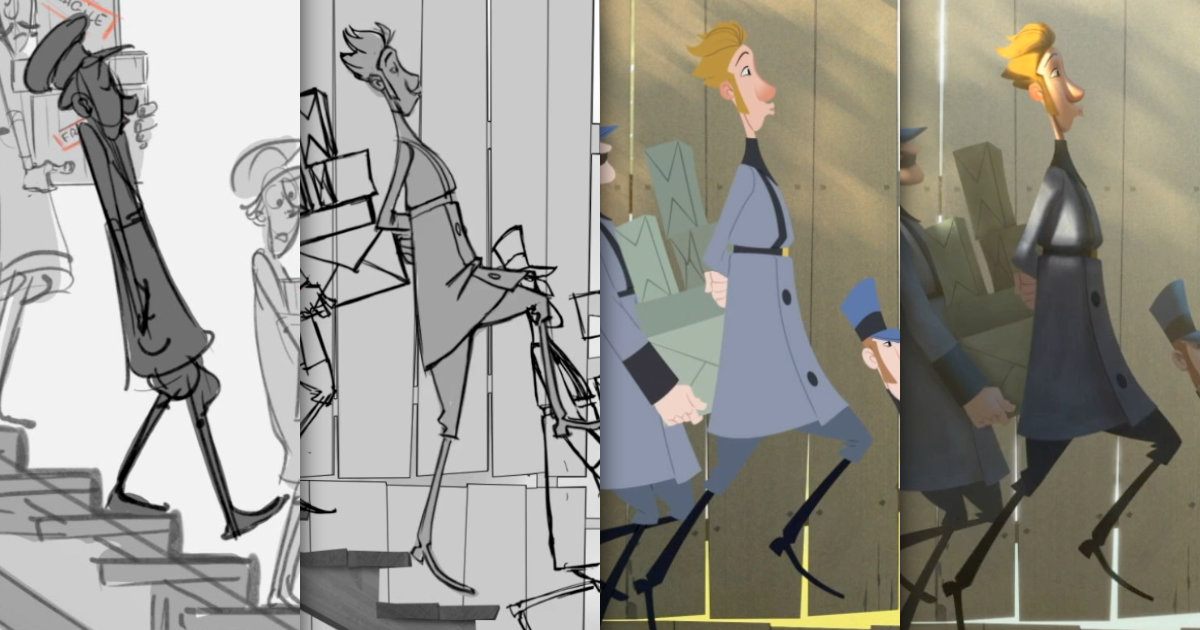 Sergio Pablos is well-known as the co-creator of the Despicable Me franchise, but animation enthusiasts may recognize his earlier work as an animator and character designer on 2D feature films from the Disney Renaissance, including Tarzan (1999), A Goofy Movie (1995), Hercules (1997) and Treasure Planet (2002). Pablos’ latest project (and directorial debut) is Klaus, a Santa Claus origin story told from the perspective of a postal worker who arrives in a troubled village that doesn’t use mail. Klaus is not only a return to hand-drawn animation on the big screen, the production is a leap forward — using new techniques like volumetric lighting to create expressive characters that convincingly react to the light sources and colour in the scenery.

Klaus premiered in theatres earlier this month, and critics agree that the film is visually stunning. Variety’s Peter Debruge calls Klaus, “a stylish return to hand-drawn animation with a look all its own.” The Hollywood Reporter’s John DeFore complements the techniques used: “Animators take advantage of computers' capacity for convincing depth and movement, but maintain a hand-drawn look throughout.” Glenn Kenny, writing for The New York Times, says, “the inventive use of color evokes the work of Mary Blair, the Disney studio’s secret tint weapon from the 1940s to the ’60s.”

Interested in viewing every frame of this new holiday classic? Klaus will be available to stream to audiences worldwide on Netflix as of this Friday, November 15th. In the meantime, feel free to queue up the trailer, curl up with a mug of hot coco, and pour over our interview with Sergio Pablos himself. We discuss his experience directing Netflix’s first original animated feature film, the future of 2D animation, and the production process behind Klaus.

Given your experience with both 2D and 3D, what drew you to work with your studio to develop new 2D animation techniques for Klaus?

Sergio Pablos: I was lucky enough to work on some of the last traditionally-animated Disney films, and I particularly loved how filmmakers were always striving to push the medium forward by incorporating new techniques and technological developments with each film. However, at some point that went away and films stopped looking forward and took refuge on nostalgia alone.

I’ve been meaning to make a modern hand-drawn film for quite some time, but I knew we could only attempt this if two basic conditions were met: We needed a great story that would benefit from the 2D art form — and we had to push the medium forward by breaking its limitations. When the idea for Klaus came along, I knew we had an opportunity to do both.

What influence has your experience in 2D animation had on the way you write, direct and think about filmmaking?

One thing I found particularly useful was learning how much animation can communicate through sheer body language and pantomime. I made a rule to never write any dialogue with information that could be delivered through subtle, physical acting. That put strain on the animators, who found themselves dealing with a huge amount of subtext to contend with, but I feel that it made for a better film. 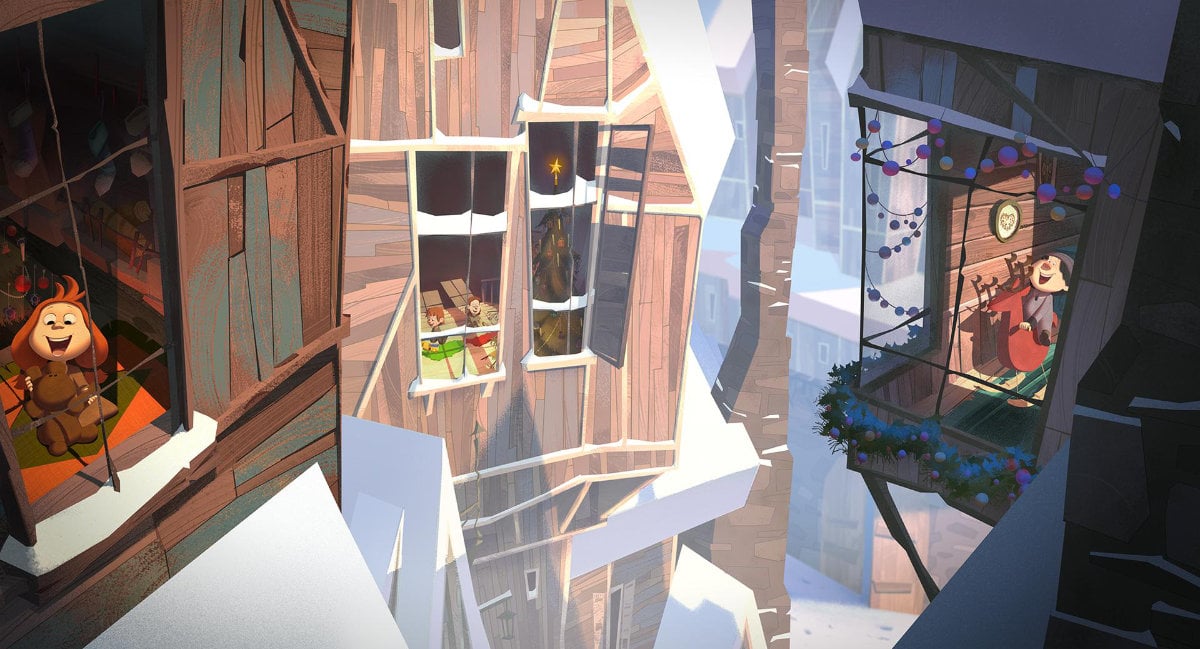 There’s significant clout — and pressure — in creating Netflix’s first original animated feature. Given that most recent animated feature films have been 3D, why do you think Netflix greenlit a 2D feature-film like Klaus?

It did not take much convincing, really. We brought along our 2-minute proof-of-concept piece, which showed that we could accomplish a renewed look in traditional animation, and we focused our efforts on highlighting the possibilities of the story, which carried a lot more weight in their decision than the technique itself.

From your perspective, what influence have streaming services had on animation in terms of what gets made and how?

I know of many projects — Klaus included — that would have never seen the light of day if it were not for the streaming services. They seem to really be willing to take more chances on the kind of projects and creators they support, and that will inevitably lead to a wider range of animated content we will all have access to. I would have a hard time coming up with any kind of complaint, both as a filmmaker and a viewer.

It might have taken a little more effort early on. We pitched our way up the ladder, but once they bought off on the project and the vision, we were essentially told, “go and make the film.” They supported us and gave us absolute creative freedom; the likes of which I’ve never experienced with any other studio.

How would you describe Klaus’ production process, and what was an average day like for you during production?

In one word: chaos. It really never felt like any two days were the same. We bounced around and scrambled in order to keep up with the demands of the film. We had a young crew and there were a lot of first-timers. Myself included. On the other hand, everyone learned immensely and I’m confident that we’ll be better prepared next time around.

At Annecy you mentioned, “we knew that bringing traditional animation back would not be enough; we had to bring it forward.” With influence from films like Klaus, how do you think 2D animation will change over the next decade?

You also mentioned in an interview with Animation Magazine that 2D animated films stopped innovating and started relying too much on nostalgia. In Klaus you found room to innovate with volumetric lighting and colour. What other areas of 2D animation do you think are ready to change?

Any advancement directed at removing repetitive labour, or does not require a human touch, should be reviewed. I feel the goal should be to free the artist to focus on those areas where an artist is needed. Beyond that, I think that new advancements should be made on a case-by-case basis, in service of films that require them, in order to enhance story-telling and art.

What led you to using Storyboard Pro and Harmony in Klaus’ animation pipeline? Which features did your team find useful in the production process?

We enjoyed a seamless transition from Storyboard Pro all the way through to ink and paint in Harmony. Toon Boom also provided on-the-fly solutions to animators and clean-up artists throughout the production. You were amazing partners to have in our corner, and an essential part of how we achieved the high quality standards we were striving for on Klaus.

While you were working on Klaus and bringing on new team-members, did the film change in ways you didn’t expect?

Every artist has the potential to have a great impact, as they bring their own solutions that can be adopted by others. One thing that was particularly pleasing for me to witness was the generosity of our leaders and veterans towards the up-and-comers, and how the sharing of information gradually became a bit of a house style that permeates the entire film.

If you could give one piece of advice for students who want to be part of the next wave of 2D animation, what would you tell them?

Don’t be afraid. I know it might not sound like choosing to be a traditional animator in a world dominated by CGI is the best career choice, but if you strive to master the medium and acquire the right skillset, you will always be in demand. 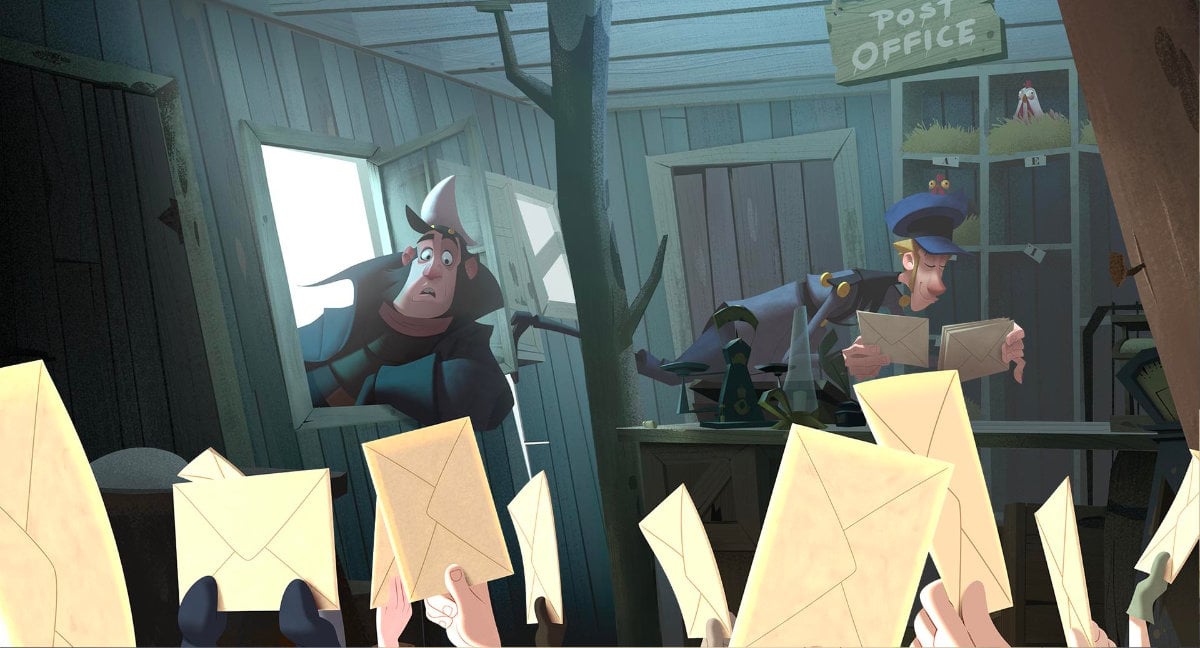