The Animation Showcase is the new streaming service made exclusively for the animation industry. This dedicated platform shows work from studios big and small, from industry giants to up-and-coming independents. Participating film-makers can expect an engaged audience of animators, artists and studios, as well as directors and producers from the motion picture and creative industries. The Animation Showcase is the brainchild of Benoit Berthe Siward, who hopes that his... END_OF_DOCUMENT_TOKEN_TO_BE_REPLACED

A Sociologist's View of Gender Differences in Animation

When was the last time you saw someone with eyeballs bigger than their wrists? Chances are, unless your #girlsquad includes Jessica Rabbit, Rapunzel and Cinderella, never. Yet as sociologist Philip N. Cohen points out, the character Anna from "Frozen" has eyes with a wider diameter than her wrists — and she's part of the rule, not the exception. (By comparison, her cast mate Prince Hans appears to be proportionally normal.) 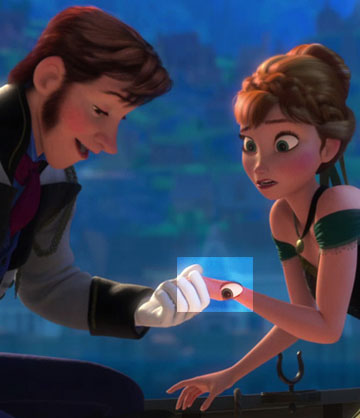 Gender dimorphism describes the characteristics and physical differences that separate males and females. Animation is often positioned as —and punished for— emphasizing and exaggerating these differences. Part of it is tradition and status quo, which is changing, as seen with films like "Moana", and much may simply be stylistic and how animators are taught. For instance, it is basic psychology and animation practice to illustrate eyes prominently on cartoon characters because it makes them cuter, more relatable and trustworthy to children. So why is this so heavily criticized when applied to female characters?

Particularly in light of the body positive movement, many see such portrayals as representing unrealistic body types and beauty standards. As "The Atlantic" points out, the so-called princess formula generally consists of: "enlarged eyes, tiny chins, and short noses [that] make them look more like babies, which creates an air of innocence and vulnerability". Across diverse cultures around the world, big-eyed, baby-faced women are near-universally considered beautiful. In fact, for both males and females, being doe-eyed has many real-life benefits including rising further in one's career, being less likely to get in trouble and getting perceived as more honest, naive, warm, kind, approachable, trustworthy, likeable, familiar and charismatic.

This helps explain these qualities' prominence and dominance in animation. Disney princesses have taken the most heat for this, with everybody from "Buzzfeed" to "Cosmopolitan" taking the studio and its protagonists to task. One post by "Above Average" shows 11 instances where Disney female characters had eyes that were literally bigger than their stomachs.

But it's not just royalty at the House of Mouse who are drawn with gender differences. For instance, the iconic cartoon Betty Boop has characteristically massive eyes, a baby face, and a petite waist, chin and wrists. The same goes for the aforementioned Jessica Rabbit.

And while the ladies get most of the media attention for gender dimorphism, men deserve some of the spotlight too. They tend to be portrayed as massively muscled he-men with chiseled chins, humongous hands, towering height and bursting with broadness. Perish the pot belly. 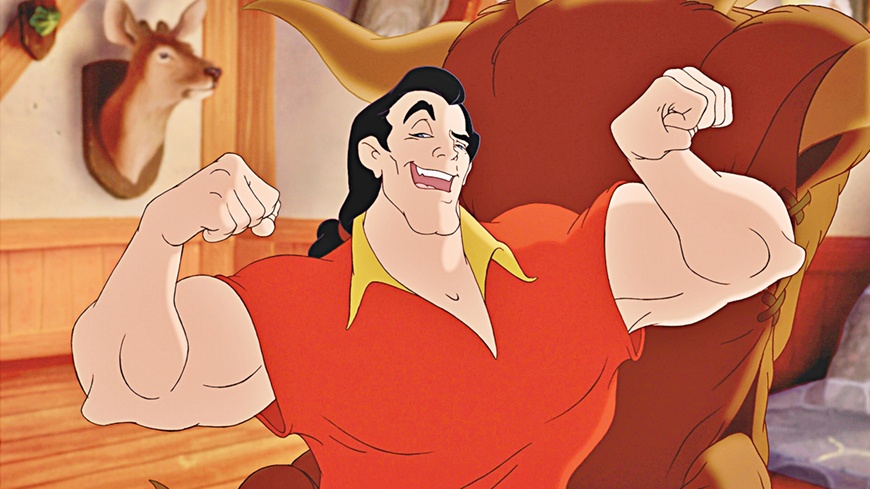 To better understand the mechanisms of gender dimorphism in animation and their effect on society, we spoke to the expert himself: Philip N. Cohen, professor of sociology at the University of Maryland, author and founder of the "Family Inequality" blog.

Hi Philip! Thanks for chatting with us. Do you remember the first time you noticed gender dimorphism in an animated film or television series?

PNC: I watched all the Disney princess movies with my daughters multiple times, so I had a lot of time to think about it. I finally wrote something about it in 2012 when I saw "Tangled".

I first noticed hands, which might seem odd because they are less focal than other body parts. Especially in romantic scenes, Disney and other filmmakers often cut to a hand close-up — and the differences can be extreme.

What are some of the most extreme forms of gender dimorphism in animation you've seen?

PNC: The most extreme exaggerations of dimorphism come with exotic ethnicities like the Vikings in "How to Train Your Dragon" or the Scottish people in "Brave" — in both of those movies it's the fathers who are huge, and especially have giant hands. Giant men also appear as demigods, as are the cases in "Hercules" and "Moana".

What kind of message does such extreme gender dimorphism like this send to children?

PNC: I think it helps people get used to pairings in which the man is physically dominant over the woman – it makes that even more normal than it would be by chance (since of course men are larger on average). I'm sure there's more to it than that, but that's my superficial reading.

What do the above exaggerated differences between men and women symbolize?

PNC: Extreme differences also make men and women seem like different species — a whole different kind of creature, which is underscored by the demigod issue. This relates to the whole concept of "opposite" sexes, which [is conceptually an exaggeration].

You've faced a lot of criticism online for your writing about gender dimorphism in animation. Can you describe your detractors' main arguments?

PNC: The most common criticism is that I make too much out of fictional characters. The next argument is that animation by its nature exaggerates, so this is to be expected. To the first criticism I respond that cultural and media criticism are important. While animated dimorphism isn't a life or death issue for most people, it's an important part of the social construction of our society.

To the argument that says animation is always exaggerated, I respond that exaggeration could go in any direction – there could be (and are) animated movies with stronger female characters, with men and women who have very similar body types, or any other kind of variation. The type of exaggeration is not determined by nature but rather by people, and the choices they make are important. 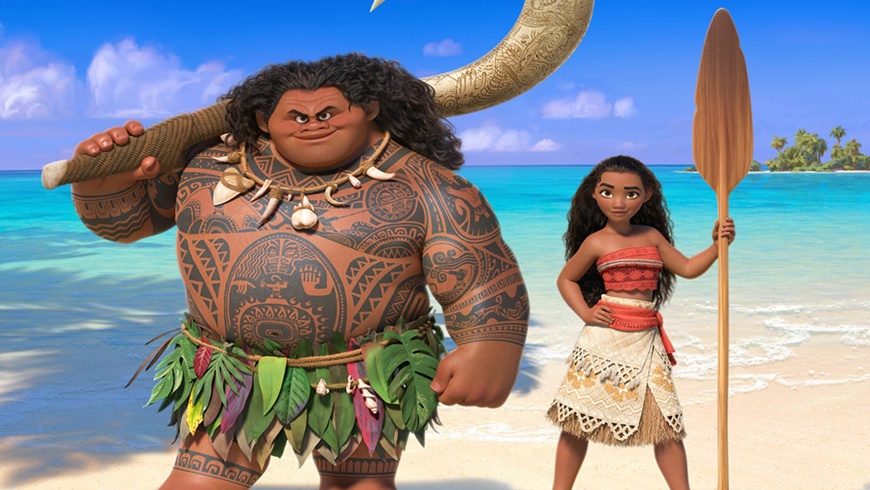 What kind of effect does gender dimorphism have on society overall?

PNC: People feel strong pressure to perform gender according to cultural norms. Accomplishing "normal" gender is a key indicator of basic social competence. This kind of depiction contributes to a definition of normal in which women are smaller and weaker than men. It makes it harder for bigger and stronger women to fit in, and harder for smaller and weaker men, and harder for couple pairings that don't have a bigger man.

Why do you think studios continue to use this kind of imagery?

PNC: It is a very appealing way to build romantic mood –his big hands holding her tiny ones– and also lends itself to people's imaginations of what perfect couples look like. They are working with the expectations that their audience already brings to the movies, even as they help shape those expectations for the future.

In your opinion, should we try to end gender dimorphism in animation?

That said, we have seen a lot of change in the last generation, with American "princess" characters becoming stronger, more independent and less defined by their romantic situations. So the cultural landscape does shift — with time.

What do you think of gender dimorphism in animation? Do you see it as just a cartoon or is it a call-to-action for change in the industry? Let us know in the comments below!