Sunshine Animation on the process behind Temtem’s 2D animated intro

Sunshine Animation is a 2D digital studio located in Madrid, which provides services ranging from pre-production to animation, colour and post-production. The studio was founded by Iván Carmona Marin (selected as a Toon Boom Ambassador) and María Buitrago Vicente. In addition to listing The Disney Channel and The SPA Studios as clients, Sunshine Animation has published trailers for original projects: ‘I’m not alone’ and ‘Nagah´s awakening.’

Recently the studio animated the intro sequence for Temtem, a massively multiplayer online game developed by studio Crema, published by Humble Bundle — which was crowdfunded by 11,716 backers in 2018. Temtem is currently available for early access on Steam. We spoke with Iván and the team at Sunshine Animation to discuss the production process behind the animated intro, which you can watch below.

What did the creative brief for this project look like, and what does a 2D animated sequence bring to the experience of playing Temtem?

We were asked to produce a trailer for a classic creature capturing game with a MMO twist. We aimed to convey a sense of adventure, illusion and fantasy, through a journey filled with challenges — as well as introduce some of the main characters and numerous Temtems.

Anime and roleplaying videogames were the greatest source of inspiration for the game designers, and had to be for us as well. We were certain that making a 2D video would allow us to widen and enrich what was being told about this new world and its people, giving them more depth. There are several examples of series that have been turned into videogames and viceversa, with wild anime intros to inspire players. Why not do something as crazy ourselves?

You mentioned on Instagram that this was the most ambitious and demanding commission your studio has completed so far. What made this project challenging and why did it interest you?

The biggest challenge was to meet the exceptional quality of the original game art. We also had to make all the action easily understandable! Never before had we worked with such a fast paced rhythm, with as many characters per shot, as many environments, or such constant action.

Our team loves action-filled videos, so this project piqued our attention. We were also already huge fans since beginning of the crowdfunding campaign, so it was the perfect job for us! 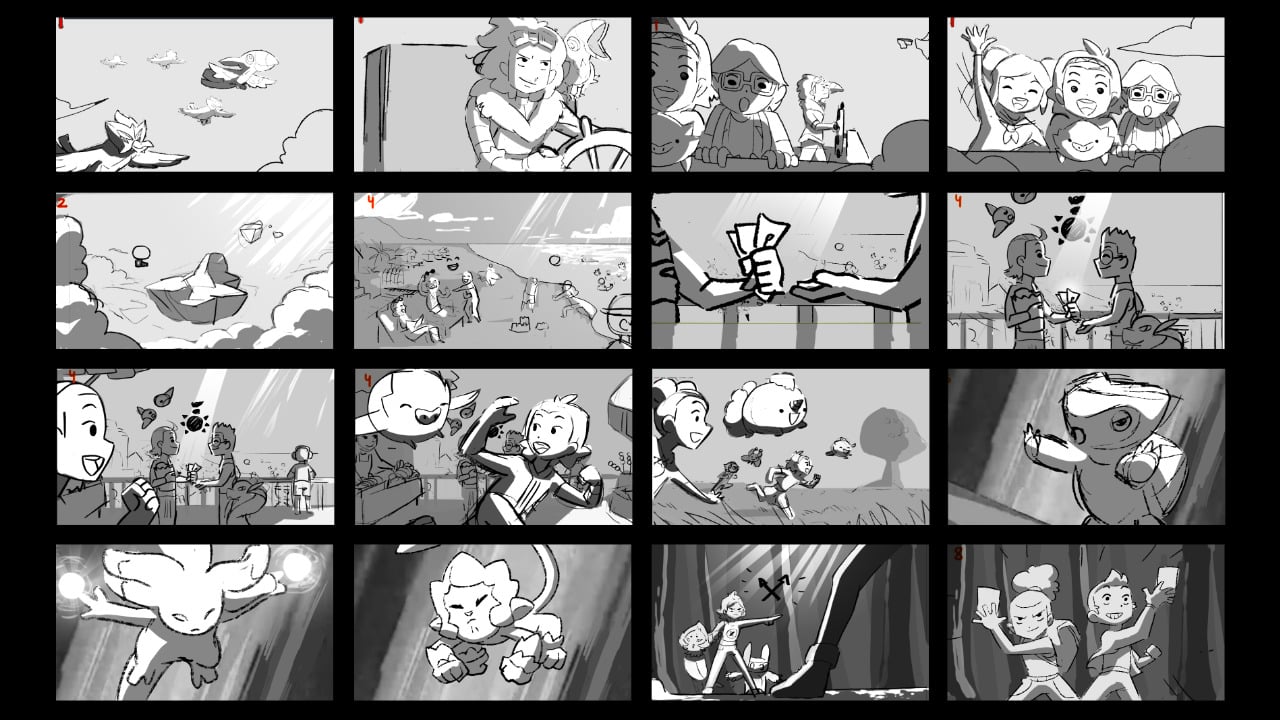 This intro sequence includes character animation for both humans and a wide variety of creatures, 2D effects, camera rotations, and costume changes. Which scenes are you most proud of on a technical and artistic level?

The opening shot was one of the most complex and, at the same time, the most satisfying when completed. It posed a major technical challenge, since we were working in a 3D space for the camera turn, but it was animated frame-by-frame.

The final scene was also very challenging to plan because of the size of the backgrounds and how fast they had to be moving. It required technical accuracy and precision, but at the same time allowed for constant artistic improvisation — this precarious balance between technique and creative freedom were key to this scene.

How did you approach the challenge of adapting designs from a 3D game into a 2D animation?

Truth be told, Crema did such a great job with their designs, having already prepared extensive 2D art before modelling them into 3D. Adapting the designs for animation went as easily and smoothly as it could have possibly been.

Which features and tools in Toon Boom Harmony were helpful in this production?

The reality is that we used the software for practically every part of the video. Excluding background painting, everything — from animatic, animation, clean-up, ink and paint, to FX, post-production and final compositing — was done in Toon Boon Harmony. We could say that every scene that you see in the final trailer came out of Harmony completely finished.

If we were to choose one particularly useful tool from this software it would be, without a doubt, the node view and module library.

Do you have advice for students who are interested in pursuing animation? What do you look for when you bring artists onto your team?

It’s complicated to say what we look for in an artist. Because we are such a small studio, every member of the team has to be highly prepared and up for facing new challenges. We specialize in 30-second to one-minute animated videos, which means we are constantly working on something new, in very different styles, every 3 or 4 months.

What is most important is to know what you like. When we receive a student's portfolio we love to see that they enjoy what they do, and dedicate time and effort to their craft. This is a demanding job and it takes hard work to make everything come to life on a screen.

A post shared by SunshineAnimation (@sunshineanimation) on Feb 4, 2020 at 6:02am PST

At the time of writing, 86 creatures known as Temtem have officially been announced. Do you have a favourite Temtem to draw and animate?

Some members of our team are fond of Nessla, the gigantic water snake that jumps out of the water in the surf scene. It has an epic or legendary air about it that we love.

Pigepic, the winged piglet, is one of our favourites as well. We own the plushie and it’s so soft!

How many artists and animation professionals were involved in this production, and what were their roles?

For this trailer we had up to six crew members working at the same time, which included: 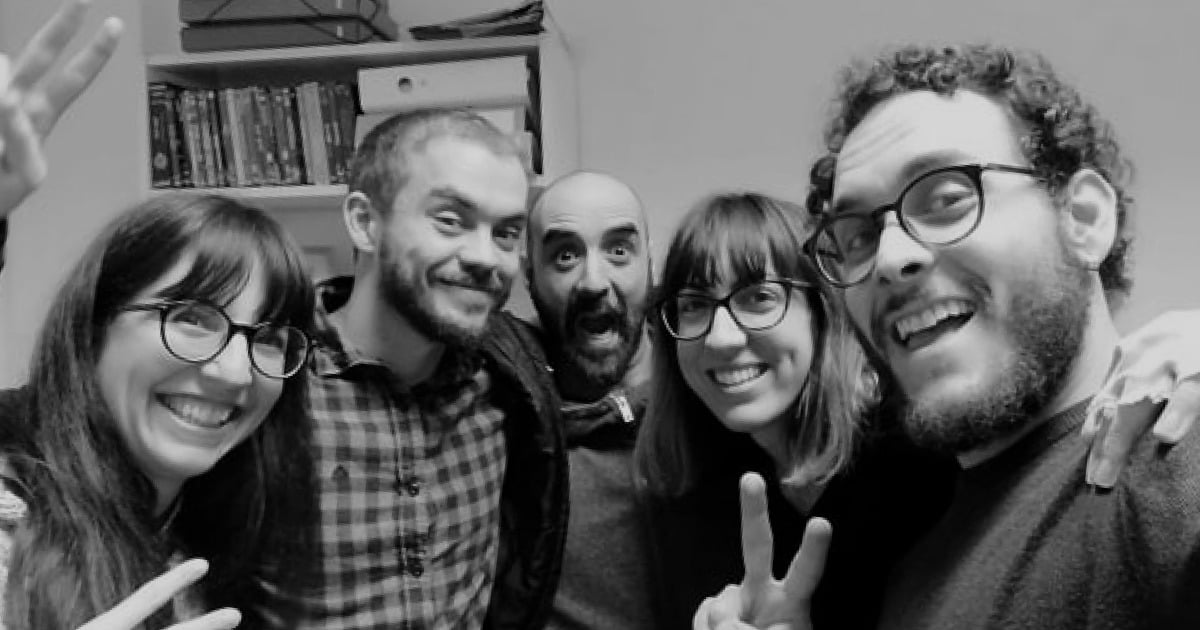 Curious to see what else Sunshine Animation is working on? You can find the studio on Instagram at @sunshineanimation and visit their website to see more!