Top Animation News is a weekly column that rounds up the biggest, best and breaking stories from the animation industry. This edition covers January 17 to 24, 2020. END_OF_DOCUMENT_TOKEN_TO_BE_REPLACED

Top Animation News is a weekly column that rounds up the biggest, best and breaking stories from the animation industry. This edition covers July 12 to 19, 2019.

2. Kyoto Animation studio arson shocks Japan
At least 33 people are dead —mostly women— following a fire set at Kyoto Animation on Thursday, with the suspected arsonist, Shinji Aoba, claiming the Japanese anime studio stole a novel from him. Better known as KyoAni, the progressive production company is one of the few in the country to hire mostly female employees and pay them salaries instead of freelancer fees. A GoFundMe set up in support of the victims has raised over $1.4 million at the time of writing.

Read more about the Kyoto Animation arson on The New York Times. 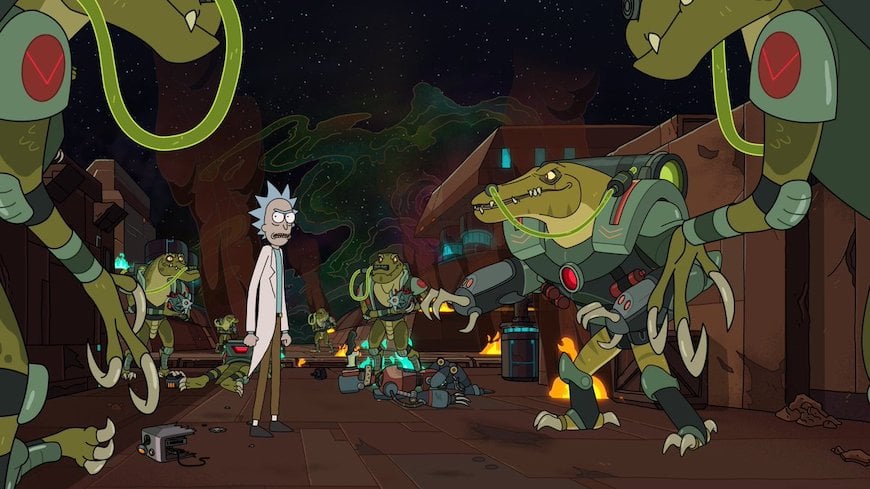 Check out the first images from Rick and Morty season four on Collider.

4. The Lion King set to break animation opening weekend record
With Disney’s CG remake of The Lion King roaring into cinemas today, Box Office Mojo is predicting it will take in $201 million at the domestic box office, which would give it the biggest opening weekend ever for an animated film. Currently, Pixar’s Incredibles 2 holds that honour, having launched with $182.6 million in 2018. The Lion King already opened in China last week, bringing in $54 million.

Find out what the box office experts and film critics are saying about The Lion King on Cartoon Brew.

5. Your guide to Comic-Con 2019 this weekend
Animation Magazine has put together a handy guide for cartoon lovers headed to Comic-Con 2019. Running July 17 to 21 in San Diego, the event will include a celebration of SpongeBob SquarePants' 20th anniversary plus a panel with three generations of Teenage Mutant Ninja Turtles creators from Nickelodeon. Disney will be hosting a talk on DuckTales, while Fox will be showcasing its new animated series Bless the Harts alongside its longstanding toons like Family Guy, The Simpsons and Bob’s Burgers.

Get the full Comic-Con 2019 crash course on Animation Magazine.

6. An animated series about Stan Lee is in the works
Late Marvel comics creator Stan Lee will be getting his own posthumous animated series, The Amazing Stan. Announced yesterday at Comic-Con 2019, the story will be told from the perspective of Lee as a modern-day youth and is being produced by Pure Imagination Studios and POW! Entertainment. Fortunately, The Amazing Stan’s creators were able to secure the legendary visionary’s blessing before he passed away last year.

Head over to Deadline for more The Amazing Stan details.

7. Streaming boosts Ottawa animation industry
Ottawa is increasingly being recognized as a Canadian and global animation hub, fuelled by the demand for original content driven by streaming platforms. Its ecosystem is supported by major studios like Mercury Filmworks and a newly opened branch of Atomic Cartoons as well as leading education institutions like Algonquin College and major events like the Ottawa International Animation Festival. Neil Hunter, coordinator of Algonquin College's program, notes that digital solutions helped bring work back to the Capital after years of it being outsourced overseas.

8. White Snake and the evolving Chinese animation industry
Based on the success of homegrown CG feature White Snake, it appears as if the Chinese animation is shedding its skin. Based on a traditional folk tale, the film has bucked the trend by performing well at the national box office; typically only foreign imports from companies like Pixar take in large sums. GKIDS has made White Snake its first-ever Chinese acquisition and will be distributing it in the US this fall — a sign the tide may be reversing and more films from the country could soon be in Western cinemas.

9. Molly of Denali brings authenticity to animated Indigenous stories
Animation and Indigenous representation don’t have a great history (see: Pocahontas, Tiger Lily in Peter Pan, the “injuns” of Bugs Bunny), but the new PBS series Molly of Denali hopes to change that. The titular character is a 10-year-old Alaska Native and loves to fish, hunt and use her iPhone. Molly of Denali aims to modernize the image of Indigenous people and combat stereotypes, and will address topics ranging from traditional singing to government-sponsored boarding schools.

Discover more about Molly of Denali on NPR. (Editor’s note: the series is produced in a Toon Boom Harmony pipeline.)

10. Rapper Iggy Azalea is in a Twitter feud with… Peppa Pig?
It appears that Iggy Azalea has some beef (or pork?) with beloved animated character Peppa Pig. The two are both releasing albums today, with the Australian rapper retweeting the toon’s tweet announcing her record with the response, “It’s over for me now.” Peppa sent back “Peppa's so fancy, you already know”, to which Azalea replied “Collab with me now or you’ll end up a breakfast special, Peppa.” Yikes.

Catch up on the Iggy Azalea x Peppa Pig Twitter feud on Cosmopolitan.