Top Animation News is a weekly column that rounds up the biggest, best and breaking stories from the animation industry. This edition covers February 7 to 14, 2020.

1. Oscars 2020: Hair Love wins for Best Animated Short Film
Hair Love took home the Best Animated Short Film prize at last Sunday’s 92nd Academy Awards (and was animated in Toon Boom Harmony). Creator and co-director Matthew A. Cherry was joined on stage by producer Karen Rupert Toliver, and said in his acceptance speech, “Hair Love was done because we wanted to see more representation in animation.” In the Best Animated Feature category, Toy Story 4 beat out Missing Link, How to Train Your Dragon: The Hidden World and Netflix’s two 2D-animated nominees, Klaus and I Lost My Body.

Read all about Hair Love at the Oscars on CNN, and untangle the short’s incredible journey from crowdfunding to cinematic glory on Animation From Every Angle.

2. And the winners of the 2020 Kidscreen Awards are…
The world of children’s television and digital media came together in Miami this week at the Kidscreen Summit 2020, including the Toon Boom team. The event culminates in the Kidscreen Awards, with this year’s big winners including Netflix’s Hilda (produced by Mercury Filmworks using Toon Boom Storyboard Pro and Harmony) for Kids’ Best Animated Series, and 20th Century Fox and Bento Box’s Bob’s Burgers taking Tweens/Teens’ Best Animated Series and Best Writing.

3. Titmouse expands with 95,000-square-foot Burbank studio
Fresh off announcing a multiyear production deal with Netflix, Hollywood-based animation studio Titmouse has expanded into Burbank with a new 95,000-square-foot office space in Burbank, California. This is its fourth North American outpost and will allow it to accommodate 250 more staff members — joining its current 700-person team. Titmouse is best known for its animated comedy series Big Mouth and Metalocalypse. 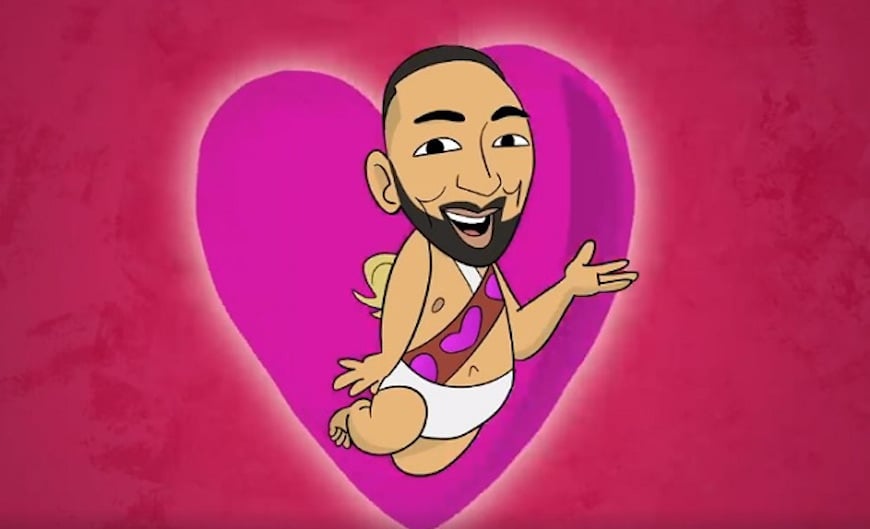 4. Fall in love with John Legend and Facebook’s Valentine’s Day cartoons
Just in time for Valentine’s Day, singer John Legend has partnered with Facebook on an animated series, Dear John: Legendary Love Letters. Having premiered on February 9, the eight-episode touching toon sees the hitmaker share his fans’ love stories from around the globe. Hosted on Legend’s Facebook page, the 2D animated series is the latest in the social media platform’s expansion into content creation.

5. Netflix using animated film to compete with Disney+
In the ongoing streaming wars, Netflix wants to beat Disney at its own game: animated film production. The streaming platform had two nominees at last weekend’s Oscars in the Best Animated Feature category (I Lost My Body and Klaus), with its chief content officer Ted Sarandos laying out its 2020 toon slate including The Willoughbys in Q2 and Glen Keane’s Over the Moon in Q4. “These are big theatrical scale animated features and big scale feature films that would be competitive with anything you’d see in the box office, and I think people really do value them,” said Sarandos.

Stream all the Netflix animated feature updates on CNBC.

6. Remember Neopets? It’s becoming an animated series
Early 2000s internet mainstay Neopets is getting rebooted as an animated series, with owners JumpStart Games partnering with Blue Ant Studios' Beach House Pictures on the cartoon. The show will be aimed at kids aged eight to 12 and be part of a larger overhaul for the brand, including a new site, another mobile game and merch. Neopets still boasts 75 million users and 350 million pages views per month.

Log in to the Neopets animated series details on Engadget.

7. Nickelodeon adds three female execs to animation studio
American broadcaster and production house Nickelodeon has added three women to its animation studio’s executive team. They include Darlene Caamaño Loquet as SVP of Nickelodeon Movies, Liz Paulson as SVP of casting and talent development, and Camille Eden as VP of recruiting and talent development. This is the latest positive move by a major studio to include women in its leadership, though just three percent of animated films are directed by women.

Learn more about Loquet, Paulson and Eden on Kidscreen.

8. How third-party YouTube channels can get you millions of views
A growing number of animated short films are turning to third-party Youtube channels like TheCGBros and CGMeetup, with Oscar-nominated piece One Small Step getting 16.9 million views using this strategy. The film’s producers had hoped to attract the Academy Awards’ attention, and it seems to have worked. Explaining their methods, TheCGBros co-founders Shaun and Bill Johnston elaborate on how their YouTube channels can get animated short films massive audiences and industry attention by pushing them on other social platforms.

Toon into the potential benefits of third-party YouTube channels for animated shorts on Cartoon Brew.

9. The Two Princes to go from podcast to animated production on HBO Max
Spotify and HBO Max are in the final negotiations to turn LGBTQ+ podcast The Two Princes into a 60-minute animated special. This is the latest in a growing transmedia trend, following the success of Amazon’s Homecoming and The Nod. The Two Princes follows the heroic Prince Rupert, who unexpectedly falls in love with Prince Amir while on a quest to save his kingdom and stars Noah Galvin, Samira Wiley, Cynthia Erivo, Christine Baranski and Ari’el Stachel.

Quest to all The Two Princes animated special details on Deadline.

10. Are you an animation student? You need to watch these cartoons
CalArts and Woodbury University history of animation professor Jerry Beck shared his top 10 must-watch cartoons on Animation Magazine. He balances his Hollywood leanings with productions from across the stylistic spectrum including Japanese anime, stop motion, advertisements and more. Among the classic cartoons listed are the silent-era Gertie the Dinosaur (1914), Mickey Mouse’s maiden flight in Plane Crazy (1928), old-school television series The Adventures of Rocky and Bullwinkle and Friends (1959) and more.

Take a trip through animation history on Animation Magazine.