Top Animation News is a weekly column that rounds up the biggest, best and breaking stories from the animation industry. This edition covers January 17 to 24, 2020. END_OF_DOCUMENT_TOKEN_TO_BE_REPLACED

Top Animation News is a weekly column that rounds up the biggest, best and breaking stories from the animation industry. This edition covers July 26 to August 2, 2019.

1. Russi Taylor, the voice of Minnie Mouse, passes away
Longtime Minnie Mouse voice actor Russi Taylor passed away last Friday in Glendale, California, aged 75. She and her late husband, Wayne Allwine, were officially inducted as Disney Legends in 2008 — he voiced Mickey Mouse for 32 years and the two fell in love while working at the House of Mouse. Over the course of her long career, Taylor was also the talent behind Martin Prince on The Simpsons, Strawberry Shortcake, Baby Gonzo on Muppet Babies and the nephews on DuckTales.

2. Big Mouth team signs huge deal with Netflix
Streaming giant Netflix has signed a multi-year deal with Brutus Pink, the newly minted production company from the team behind Big Mouth including Nick Kroll, Jennifer Flackett, Andrew Goldberg and Mark Levin. The agreement will see them produce three more seasons of the adolescent animated series as well as other shows and films. Netflix is investing heavily in animation, including the recently announced Jurassic World and Cuphead cartoons and a second season of Matt Groening’s Disenchantment.

3. Netflix spent $1.1 billion on animated originals (plus more streaming facts)
With Disney+, Apple TV+ and HBO Max all set to launch in the next year, the demand for productions from streaming platforms is booming. As it stands, Netflix spends $1.1 billion on animated content compared to Amazon Prime Video’s $300 million, with the former set to release its first original animated feature Klaus (created using Toon Boom Storyboard Pro and Toon Boom Harmony by The SPA Studios) this upcoming holiday season.

Binge all the animation streaming details on Cartoon Brew.

4. Drawn From Valor launches Oinya's Prize crowdfunding campaign
Non-profit animation studio Drawn From Valor is dedicated to helping children and families impacted by medical and mental health conditions. It recently launched a crowdfunding campaign to help bring its 10-minute short, Oinya's Prize, from preproduction to the big screen; it follows the story of the eponymous, curious young squirrel as she and her loved ones are healing from and dealing with PTSD. Drawn From Valor estimates that it will take 3.33 hours of production time per second of finished animation, with each second of animation costing approximately $225.

Support an amazing animation cause on the Oinya's Prize: Drawing Together for Hope crowdfunding page.

5. Is China set to become the biggest market in the animation industry?
China’s $29 billion animation industry is evolving rapidly, with massive shifts in how content is both created and consumed. The country has seen recent homegrown successes in the shapes of Nezha and White Snake, with many more international co-productions in the pipeline. So why is China not already widely considered an animation superpower?

Explore our report on the Chinese animation industry on the Toon Boom blog. 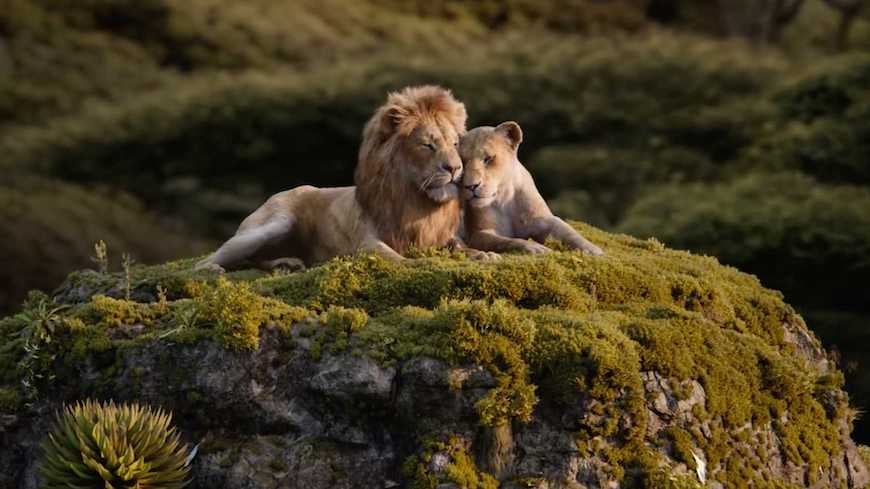 6. Disney’s remakes have made over $7 billion this decade
The House of Mouse’s remakes make it a fortune — to the ‘toon’ of $7 billion since 2010. Disney released three this year alone (Dumbo, Aladdin and The Lion King), with a sequel to Maleficent set to come out this October and a Mulan film in 2020. The remakes are generally live-action or CGI adaptations of 2D animated films from the studio’s extensive portfolio.

For more on the Disney remakes’ earnings, head over to CNBC.

Find out more about Nezha’s Chinese box office success on The Hollywood Reporter.

8. Disney animators share secrets about classic films
A San Diego Comic-Con panel brought together an esteemed group of Disney animators, who filled in the crowd on some of the House of Mouse’s biggest behind-the-scenes secrets. For instance, Sleeping Beauty took approximately 600 artists and six years to finish. Perhaps more shockingly, then-pregnant animator Kathy Zielinski was working on Aladdin when her water broke — and she finished the scene before going to the hospital!

Check out all 15 of Disney animation’s secrets on BuzzFeed.

9. Teaser: Saga of Rex
Canadian animator Michel Gagné (My Little Pony: The Movie) has given audiences a first look at his largely solo animated feature, Saga of Rex. He notes, “Since starting full time on The Saga of Rex on September 4th, 2017, I have created an articulated animatic of the 68-minute film which contains rough layouts, rough poses, rough animation breakdown, rough FX and camera moves, all synchronized to the score. I’ve managed to complete over 10 minutes of finished color footage (including reworking and upgrading 3 minutes from the Kickstarter).”

Watch the Saga of Rex trailer above and read more on Animation Magazine.