The Animation Showcase is the new streaming service made exclusively for the animation industry. This dedicated platform shows work from studios big and small, from industry giants to up-and-coming independents. Participating film-makers can expect an engaged audience of animators, artists and studios, as well as directors and producers from the motion picture and creative industries. The Animation Showcase is the brainchild of Benoit Berthe Siward, who hopes that his... END_OF_DOCUMENT_TOKEN_TO_BE_REPLACED

As live-action productions ground to a halt at the beginning of lockdown, animated projects around the world remain on track for their deadlines. This is largely due to animators being able to work remotely thanks to digital pipelines and tools (read our profile of five animators working from home). Adult animation has boomed during this time, not only in terms of productions but also popularity — and is well positioned to continue growing because of it.

Adult animation is now the industry’s fastest-growing category according to John Evershed’s white paper, “Adult Animation Finally Breaking Free of its Comedy Shackles.” Cartoon Brew notes this is being driven largely by new series on streaming platforms like Netflix, Hulu and Quibi, with content moving beyond comedy to a wider range of genres like horror (think: Castlevania) and musicals (see: Central Park) to addressing topics like mental health in BoJack Horseman.

Toons draw big audiences on streamers, particularly with more viewers having time to watch right now. Solar Opposites launched as Hulu’s most-watched original comedy premiere on May 8, with adult animated series having the highest re-watch rate on the platform according to Deadline.

Additionally, on top of creating original content, SVODs are also investing heavily into catalogues of existing material — with the most buzzed-about example being HBO Max licensing South Park in a deal estimated to be worth over $500 million. Hulu has even created an award for its adult animated series, the HAHA Awards (Hilarious Animated Hulu Awards), acknowledging the 40 percent of its viewers streaming the genre each month.

To be clear, the adult animation trend began long before the pandemic — with streaming platforms and traditional broadcasters both having invested heavily in the genre. In 2019, Fox Entertainment hired its first-ever SVP of animation, Daniel Weidenfeld, and acquired leading 2D studio Bento Box Entertainment. Pushing into the adult space, the network has grown from three animated series (The Simpsons, Family Guy, Bob’s Burgers) to seven in the last two years with the addition of Bless the Harts, Duncanville and upcoming toons Housebroken and The Great North during its Sunday evening Animation Domination slot. 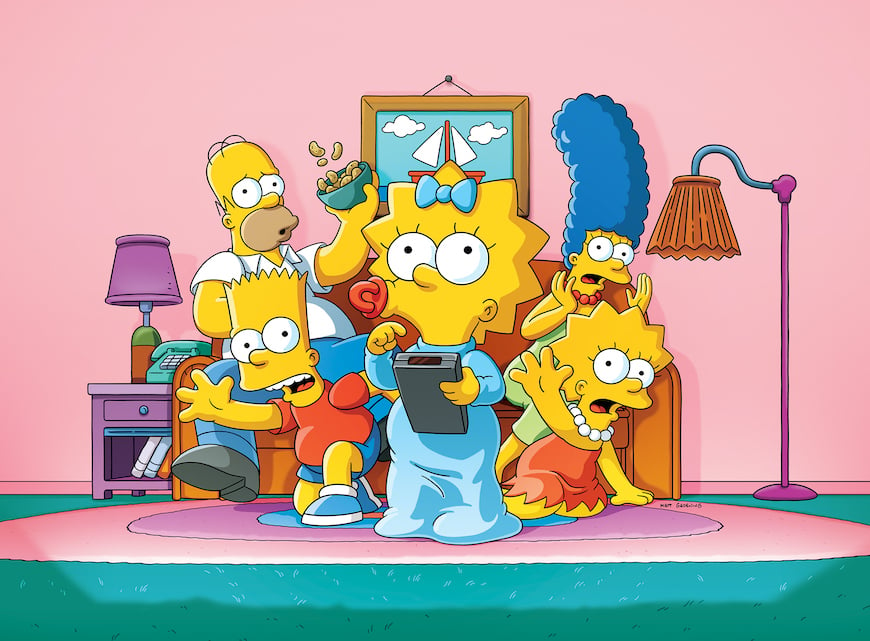 “In the past, animation and live action were developed together at Fox; I'm the first person brought in focused solely on animation. We're building a department to work very closely with Bento so that we can produce content year round, bring in IPs and make shows on our own or co-producing with other studios that we have an ownership stake in. There’s huge financial potential in animation and our goal is always to get to a 100 episodes,” says Weidenfeld.

Fox is the heartland of adult animated content, having originated The Simpsons, King of the Hill and Family Guy, and given a primetime platform to creators like Matt Groening, Seth Macfarlane, Loren Bouchard, Mike Judge and more. Notably, all of the aforementioned shows are family oriented comedies.

“The bread and butter of Fox Animation has been family shows, and we want to keep doing them, but we also want to expand on that as well and make other types of animated shows,” Weidenfeld tells us.

He continues, “We're also expanding into animated dramas and are working with Jeff Davis, who created Criminal Minds and Teen Wolf, who’s building an incredible visual world. Europe, Japan and Asia are already well ahead of us in adult dramas, but there's an audience for them here too. I think it's something that people really are craving and for us to be the first [linear network] to really nail it in the States would be amazing.” 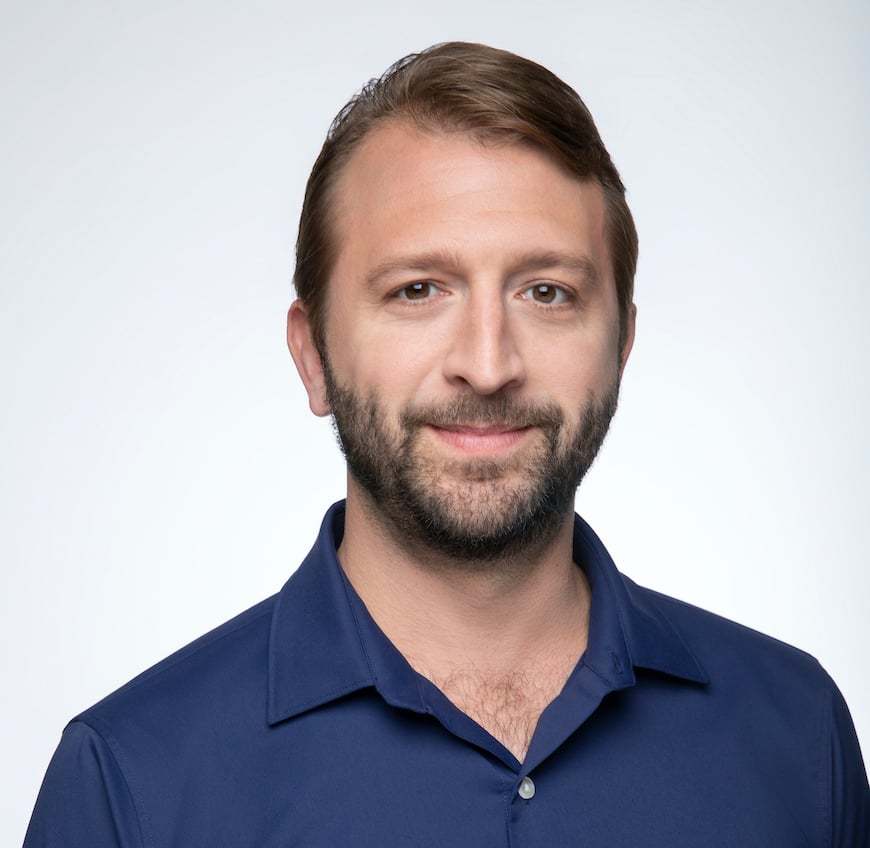 For both Fox and Bento Box, working with digital pipeline tools like Storyboard Pro and Harmony has meant all of their adult animated comedies are on-track for their respective premiere dates. Bento Box co-founder and principal Joel Kuwahara notes that his Los Angeles and Atlanta studios were up and running within a week of lockdown beginning, with only a slight bump in production schedules. Among the adult toons his crews are currently working on are The Prince for HBO Max, Housebroken for Fox, Central Park season two for Apple TV and another TBA project for the tech giant turned streamer, among others.

Demand for adult animation is surging and, since lockdown began, the studio has had to virtually recruit and start production on a new series. Bento Box has hired an additional 100 artists recently to work on titles like Tina Fey’s Mulligan for Netflix, and has been able to seek out talent outside its usual scope thanks to the fully remote crew.

Studios are not only pushing ahead with ongoing animated productions but also green-lighting new ones. Playing into viewers’ nostalgia, Comedy Central announced during lockdown a revival of Beavis and Butt-Head and a Daria spinoff, Jodie, while MTV Studios is also producing a reimagined Clone High. Fox Entertainment and Bento Box also recently publicized their deal with Dan Harmon; the Rick and Morty creator will develop a comedy series for the network, aiming for a spring 2022 release.

As Weidenfeld points out, while creating animation can be a lengthy process, it is often cheaper to get a production off the ground compared to live-action. Streamers and networks alike also know that adult animation can appeal to wide swaths of viewers, particularly in the ever-elusive 18 to 34 demographic, with work able to continue during lockdown. 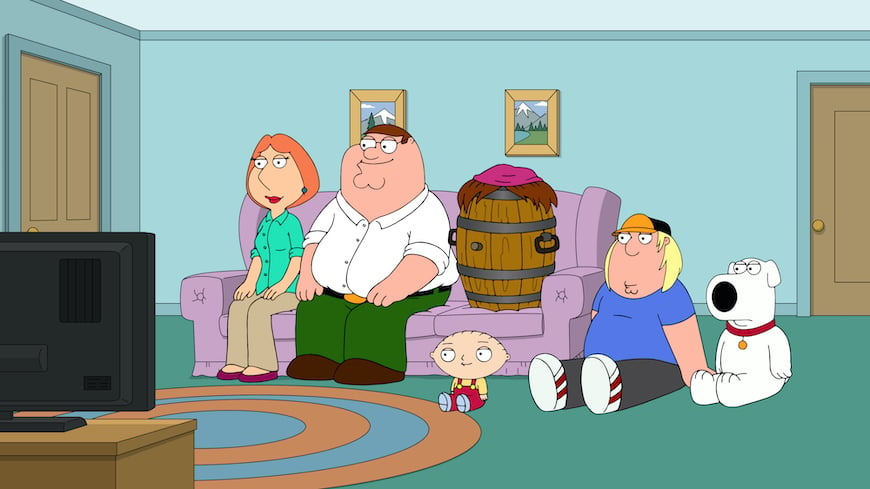 Kuwahara tells us, “Netflix is asking what other in-house IP projects we have and how fast can we get going on them? We hear that from HBO Max, we hear that from Hulu, and they’re asking more for the adult content. They will often reference Bob's Burgers; these Fox-type of shows, with that primetime comedy feel, capture that broad audience — they reach the teenagers, the young adults.”

Weidenfeld seconds this: “The most successful animated shows out there allow for real co-viewing. Adults can let it all go and feel like a kid again, and younger audiences can feel like they're watching something taboo and that they shouldn't be watching. And it's layered enough where they can get jokes, even if you don't get the joke itself.”

And it’s not just series. Lockdown may yet benefit animation studios hoping to produce films for adult audiences, with Kristine Belson, president of Sony Pictures Animation, telling Deadline she predicted it would lead to more PG-13 and R-rated features. While rare in North America, mature toons are more commonplace in cinemas overseas — as evidenced by awards darlings like Cartoon Saloon’s The Breadwinner and French-Cambodian film Funan, depicting a family’s struggle under the Khmer Rouge.

Whether it be adult animated films or series, success ultimately lies in amplifying exceptional and daring creators. This is an area Fox has a proven history in, with Weidenfeld hoping to continue that legacy: “We are finding the strongest voices out there — that have the most unique and broadly appealing versions of the stories that they want to tell and ask how can we help facilitate that so they still have that Fox stamp on them.”

Having not only survived, but thrived in lockdown, Kuwahara and Bento Box have no real impetus to get back to normal. Rather, they have leveraged talent and digital tools to create the next normal.

With burgeoning demand for adult animated content, he says, “I think the only limitation right now for us, for our industry, is our creativity. It's up to us to figure out interesting ways to utilize animation for new shows — and I think that's, that's good. That's a fun challenge, a welcome challenge.”